Week 4 of The Bachelorette 2019 ended with a serious cliffhanger, as Bachelorette Hannah Brown was so mired in the "You're a Liar Nuh Uh You Are" drama between Luke P. and Luke S. that we didn't even make it to the Rose Ceremony. This week, we finish up that unfinished business, and then we put the entire cast in a tin can and blast it across the Atlantic Ocean to make them all date in Europe for a while, just to see if that makes any of these budding connections really take off for our young lovers. Did this crazy experiment work? You can stream The Bachelorette 2019 Week 5 here on ABC.com or in the ABC app, or simply just continue reading this Bachelorette recap for this week's highlights!

Luke vs. Luke: The Final Chapter

When we left off, Hannah had just pulled the Lukes aside to see what the heck all the yelling was about. As has become standard for these two, the yelling was about which one of them is here for the Right Reasonstm because there's obviously no reality where two—two!—Lukes could possibly be in love with the same woman and have good intentions about their relationship. This all goes on for a good long while, with nothing at all getting settled until Hannah finally tires of the drama, and simply gets up and walks away. Chris Harrison informs the guys that the party is officially over immediately, and we're going straight to the Rose Ceremony. 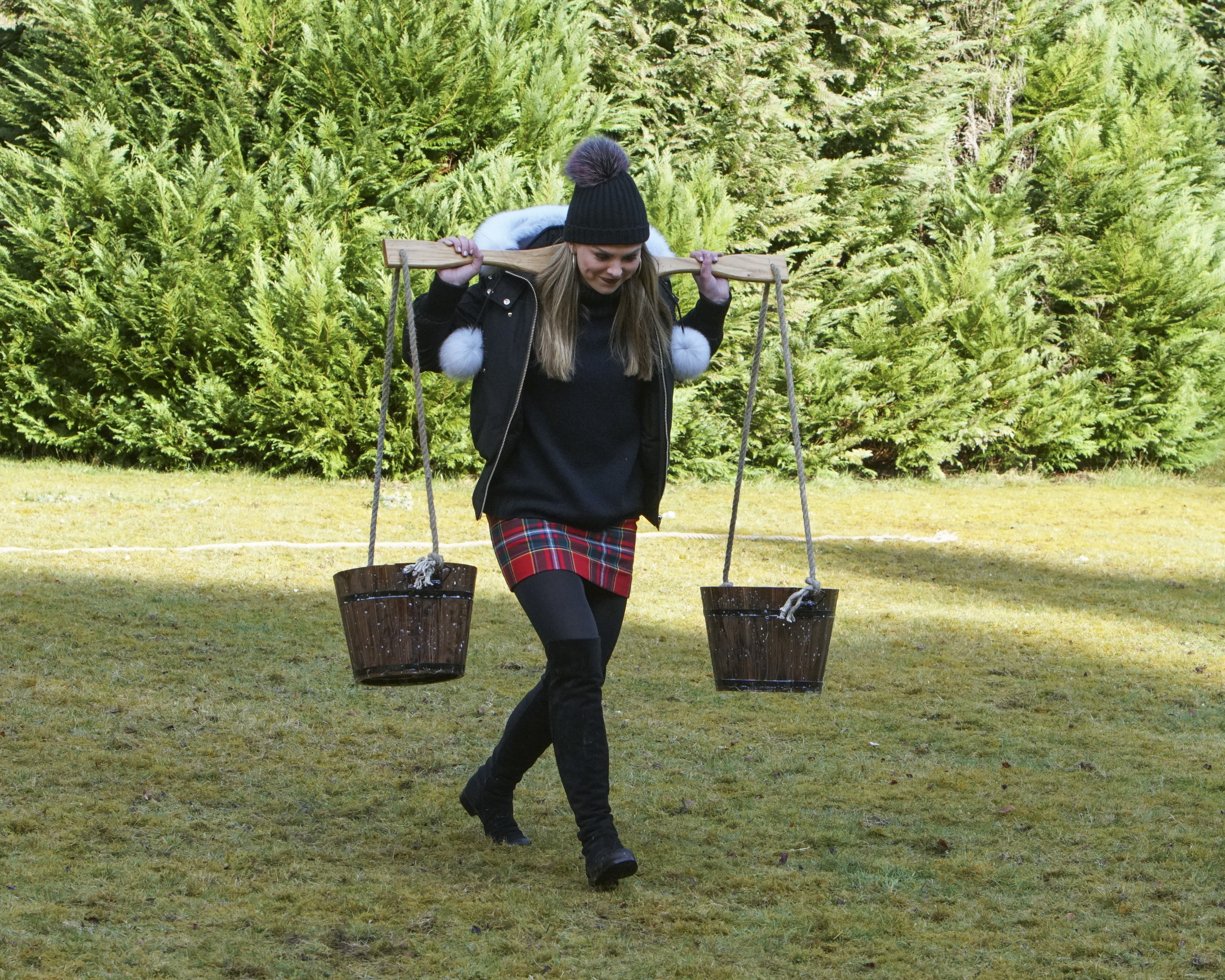 Just before Hannah starts handing out roses, Luke S. pulls her aside and tells her he's sorry for all the drama, and to be sure to keep an eye out for "you know who"—and then he leaves. Do you guys think that maybe he meant Luke P.? (We're just spitballing here.) The other guys could breathe a little easier knowing one guy was out of the way, but that didn't do much for John Paul Jones and Matteo, who were told to hit the bricks, albeit in a much more polite manner than "hit the bricks."

That means, of course, that Luke P. did get a rose. In a very candid moment, Hannah says her heart wants him to be here but her head doesn't always agree. She loves their chemistry but there are lots of red flags, and because of all the drama, they haven't really had a chance to grow their relationship. But clearly she wants to give that a try.

As the old saying goes, "There's no better place to date 12 guys at the same time than Scotland," so the group headed there to follow that piece of wisdom. Hannah immediately grabbed Mike for a 1-on-1 date, and he was crazy excited for the opportunity. After Hannah leaves, the guys almost immediately jump on Luke P. and they all basically put him on notice that they think he's a liar. For Luke's part, he's still 100% sure that he's Hannah's ideal mate.

Mike and Hannah eat haggis, drink scotch, and smooch a bit. She likes that he's fun; he likes that she's silly. They have a jolly old time and Mike gets a rose.

Back at the house, Luke P. gets the next 1-on-1 date, much to the dismay of the other 11 guys in the house, who, as you might recall, pretty much hate this dude. Luke doesn't help his case by telling the guys, "I'm at a breaking point where after this I'm gonna really know whether I want to be here still, and I hope that I really find clarity in how I feel about her to the point where there's no doubt in my mind that I want to be here no matter what." The rest of the guys are like, uh, you told this girl three weeks ago you were falling in love with her, so WTF dude.

The day of the date Mike reminds Luke of this quote, but Luke's apparently moved on:

When the date card arrives, it reads "Let's figure this out...one way or another," which Luke immediately rewords for the camera as "one way or another, Luke, we're going to get through this." Is that an overly optimistic reading of this invitation?

The group date brings Hannah and all the guys much closer together than any of them probably anticipated at this point, in a scene loaded with black bars to cover up everyone's private parts. Don't worry, parents: It's all kilt-related nudity, which is totally cool and natural. That's right, the guys are pitted against each other in the Highland Games, which involves kilts, milk and wrestling:

Jed took home the group date rose, presumably not ONLY because he poured milk all over himself.

Hannah Tries to Get Luke P. to Talk

Then it was time for Hannah and Luke P.'s 1-on-1 date, otherwise known as The Epic Battle of Hannah Trying to Get Luke P. To Express His Feelings. Luke shows up ready for a fun day, but his smile quickly vanishes when Hannah makes it clear she's ready to get into the personal stuff first. She keeps trying to get Luke to open up, and she feels like he keeps making excuses for the drama in the house and for the way he's coming off. Hannah gets so frustrated she gets up and begs the producers to help:

They go in circles for a while, and Hannah worries that Luke is just telling her things that she wants to hear. She doesn't know the real stuff. For example, Hannah wants to know if Luke likes macaroni & cheese or if he's more of a spaghetti guy. Like, is she supposed to just marry somebody when she doesn't even know their pasta predilections?!? SHE WON'T STAND FOR IT! Hannah admits that she makes excuses for Luke in terms of these sorts of frustrations—but not for the other guys. So clearly he's high on her list. But will her emotional exhaustion win out? At least in the short term it does, as Hannah eventually gives up and says the most Bachelorette thing that has ever been said:

The date continues, and dinner is much the same: Hannah doesn't feel like Luke is being real. And so, rather than be passive and just sit around wondering whether or not Luke would take lasagna over baked ziti, Hannah takes matters into her own hands:

And once again, we're left dangling off a cliff.

Is that it for Luke? And is it just smooth sailing for Hannah the rest of the way? Don't miss The Bachelorette MONDAYS 8|7c on ABC to find out!