Adam Hambrick Performs on "The Bachelorette"

As the world becomes aware of singer/songwriter Adam Hambrick, listeners will get a two-fold reward – a short-term jolt from an engaging musical package and a long-term satisfaction as repeated plays unveil the depth in his word play and storytelling.

Watch: Adam Hambrick's full performance of "Between Me and the End of the World" on "The Bachelorette"

Hambrick cut his teeth as a Nashville songwriter, penning two #1 hits – Dan + Shay's "How Not To" and Justin Moore's "Somebody Else Will" – plus Lindsay Ell's Top 20 single "Waiting On You." He knows how to hook a song, and he does that brilliantly as he rolls out music for Capitol Nashville/Buena Vista, invariably imbuing his songs with cool melodies and structures that balance mystery and optimism.

Those musical aspects are worthwhile in themselves, but after multiple listens, Hambrick's subtle mastery of the classic country twist works as a delayed bonus. The turn of a phrase in "Broken Ladder" – where he compares a post-relationship wild period to a "Band-Aid on a bullethole" – is likely obvious the first time around. 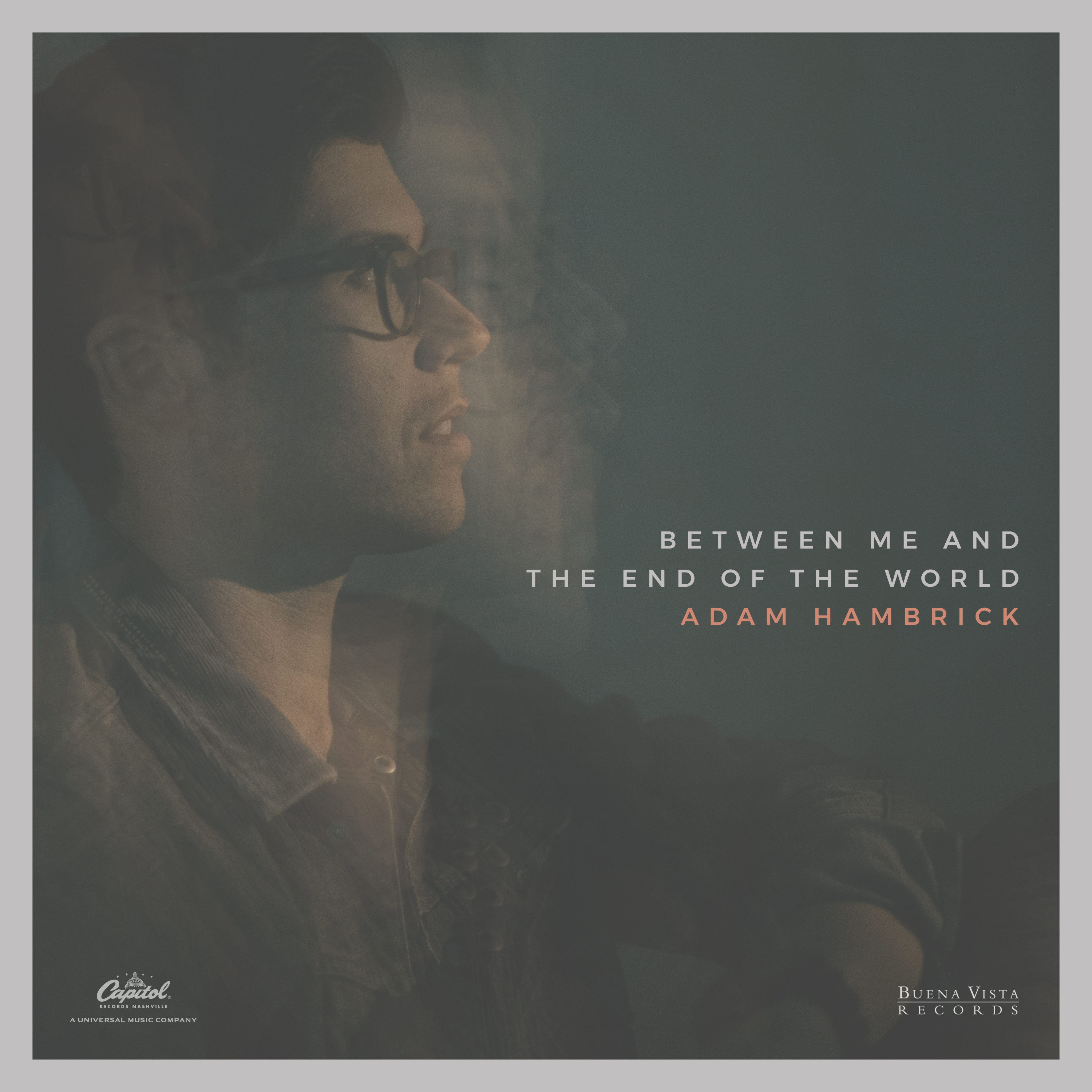 But the hidden-in-plain-sight meanings and phrases in other songs make it his music worth revisiting often. "Sunshine State of Mind" casts a reassuring beauty as a natural, atmospheric salve for modern life. "Do The Math" measures a man's pain by adding up the drinks he uses to drown it. Hambrick's first single, "Rockin' All Night Long," takes a big-picture view of after-midnight activities, showing how the late-nights romps of a carefree kid turn into the early-morning expressions of comfort provided by a loving dad to his crying daughter.

That's part of what Hambrick learned as he honed his songwriting craft on Music Row: how to create songs that work for a casual, surface listener but still reward invested fans who take the time to look under the hood. Those interlocking levels are key to understanding him.

"I've always found there is an innate power in music," he says. "When you say something, you say it, but when you sing it, there's a level of intentionality and force behind the weight of the words. So it's a different thing. I love getting to sing these songs and mean them. To sing a song and mean it, you have to be saying something substantial."

Hambrick accomplishes that while pulling together a passel of influences in a unique way. Atmospheric steel guitars, heavily reverbed rhythms and soaring melodies support the '90s country, 2000s pop and timeless blue-eyed soul at the heart of his art. It's all delivered with a guy-next-door tenor that mixes angst and sensitivity while taking an adult viewpoint on topics that are familiar to consumers of every age.