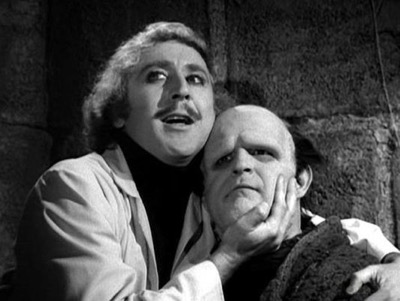 Earlier this week, the world lost a comedy legend. Gene Wilder was one of the warmest and most amusing comedic actors to ever grace the screen, starring in classic films like The Producers, Blazing Saddles, Silver Streak and Willy Wonka & the Chocolate Factory. He also wrote and directed several movies, including The World's Greatest Lover, The Adventure of Sherlock Holmes' Smarter Brother, and, of course, Young Frankenstein, directed by Mel Brooks.

However, by the time Wilder made his first guest appearance on The View, back in 2007, he had left his career in film behind him, retiring, for good, from both sides of the camera. Was it age that pulled him away? Not according to Gene. On our program, he explained his reasoning, and it's a justification that shows that though Wilder may have starred in the bawdiest Hollywood comedies of his day, he had become uncomfortable with the modern state of film.

After Elisabeth Hasselbeck mentioned that Young Frankenstein was set to become a Broadway show (a production which would go on to last for just over a year), Wilder explained that he wasn't involved in the project.

"You seem to have stopped acting, Gene," Joy Behar said.

Barbara Walters interjected, "People miss you. Why would you give up…"

"I'll tell you why," Wilder said. "Because of all the things that I'm offered, so much of it is based on the "F" word. And the 'Mother effing,' and the 'effing' and the 'F U' and all that. Or special effects, or obvious sex or things that say 'well it's not a bad script, but it's not good for me.' Or I'm good, but it's not. Or something like that."

However, though Wilder may have become disillusioned with 21st century cinema, he didn't disappear from the spotlight. Rather, he evolved, becoming a successful author of short stories, novels and memoir. In that same 2007 interview, Wilder spoke about his new book, My French Whore, a Love Story, and explained what was so appealing about this phase of his career.

"When I started writing, something happened. I enjoy it so much. I go into my study, write for an hour-and-a-half or so, come out, have a cup of tea, get a quick kiss from my wife, go back in for an hour or two, have a little lunch, go back, write till 3:30, a-quarter-to-four, and then I do what I want."

Rosie O'Donnell saw the appeal. "That's a good life. I did it for four years, I loved it. Except for kissing your wife, I didn't do that." 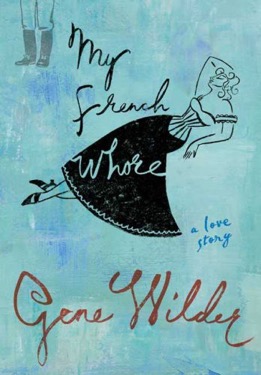 "My French Whore — A Love Story"

Wilder's novels are tinged with the same sweet humor that filled his screen performances. However, as he explained to the women of The View in 2008, Gene hadn't always intended to become a comedic actor. In fact, he was focused on drama early in his career. Yet, an incident in Wilder's childhood may have made his embrace of comedy inevitable.

Wilder explained to Whoopi Goldberg, "(My mother) had a heart attack when I was 8 years old, and this heavy-set doctor brought her home from the hospital. He was a big man, and sweating — it was July. And after he took her back to bed, he came to me, he grabbed me by the arm, pulled me down — and the sweat was dripping off of his cheek — and he said, 'don't ever get angry with your mother, because you might kill her'…. The other thing he said was, 'try to make her laugh.' Well, those two things steered my life, really. I never consciously tried to make someone laugh before."

It's not atypical for a performer to get his start by attempting to entertain his family. But the level of comedic mastery Gene obtained is anything but typical. The respect he's garnered is evidenced by the reaction among his peers after his passing.

Gene Wilder-One of the truly great talents of our time. He blessed every film we did with his magic & he blessed me with his friendship.

Goodbye, Gene Wilder. You were one of the great screen comedians. Original and surprising every time.

Gene Wilder was one of the funniest and sweetest energies ever to take a human form. If there's a heaven he has a Golden Ticket. ;^)

Farewell #GeneWilder, comic genius. Thank you for all those happy happy hours. pic.twitter.com/O6oHS9TQqX


Of course, it's impossible to think of Wilder without thinking of his third wife, Gilda Radner, the Saturday Night Live comedian who tragically died from ovarian cancer at the age of 42 in 1989. On our show, Barbara and Wilder reminisced about Gilda and her most infamous impression.

Barbara said, "You and I have a bond, because Gilda did her Baba Wawa (impression) and I used to hate it. Do you remember when Gilda came up to me?"

Wilder remembered. "We were in Cannes, France, and going to a little restaurant… Gilda and I were walking in and there you were, and Gilda felt so apologetic about the Baba Wawa, and you were very gracious to her and you laughed and made her feel good."

"I hated it for years," Barbara admitted, "but Gilda was so great, and one day I was watching it and Gilda was saying 'Baba Wawa'… and I said 'Hey' and my daughter said, "oh, mommy. Lighten up!"

Radner's passing had devastated Wilder, but he didn't go through his final years alone. Instead, he spent his final quarter-century with his fourth wife, speech pathologist Karen Boyer, who sat in our audience during Gene's 2007 appearance. Gene and Karen met while Gene was preparing to play a deaf man in the film See No Evil, Hear No Evil. Karen was hired to coach him. After Gilda passed away, Gene and Karen reconnected, marrying in 1991 and living together in Stamford, Connecticut, in the same home Gene had shared with Gilda. 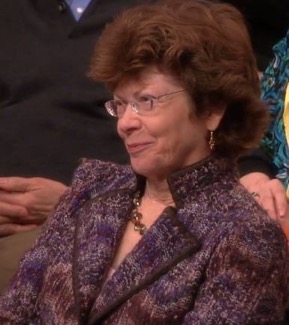 Karen Boyer in the audience at "The View"

On Monday, Gene passed away from complications to Alzheimer's, a diagnosis he had kept hidden for three years. According to his nephew, Jordan Walker-Pearlman, Gene had withheld the information to protect his fans.

Jordan wrote, "The decision to wait until this time to disclose his condition wasn't vanity, but more so that the countless young children that would smile or call out to him "there's Willy Wonka," would not have to be then exposed to an adult referencing illness or trouble and causing delight to travel to worry, disappointment or confusion. He simply couldn't bear the idea of one less smile in the world."

Gene died at age 83, holding his family's hands and listening to Ella Fitzgerald singing him Somewhere Over The Rainbow.

Tell us, what was your favorite Gene Wilder scene?