Two Emmy-winning specials produced by Walt Disney Animation Studios "Disney Prep & Landing" and "Prep & Landing: Naughty vs. Nice" aired back to back TUESDAY, DECEMBER 20 (9:00-9:30 p.m. & 9:30-10:00 p.m., EST) on the ABC Television Network. If you love ABC Christmas movies and specials, don't miss the return of the elite unit of elves and all the holiday fun that comes with both tales. The first half-hour holiday special reveals the never-before-told tale of an elite unit of Elves known as Prep & Landing. Every Christmas Eve this high-tech organization ensures that homes around the world are properly prepared for the yearly visit from The Big Guy, their code name for Santa Claus. The second half-hour special continues the yuletide adventures of Christmas elves Lanny and Wayne. Get more details on below and be sure to watch on ABC.com, the ABC app. 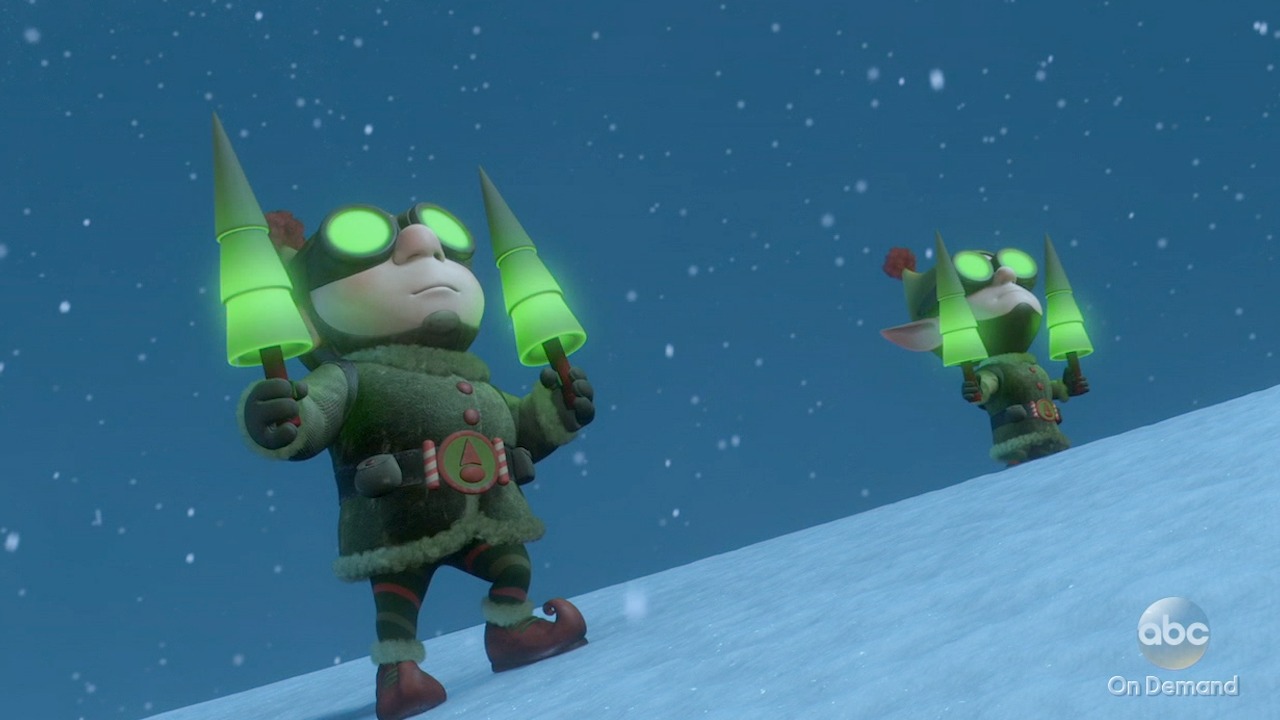 DISNEY PREP & LANDING – Walt Disney Animation Studios brings you a half-hour holiday special tale of an elite unit of elves known as Prep & Landing. After working tirelessly on Prep & Landing for 227 years, an elf named Wayne is upset when he doesn't receive an expected promotion to be the Director of Naughty List Intelligence. Instead, Magee, the North Pole Christmas Eve Command Center Coordinator (NPCECCC for short), partners Wayne with Lanny, an idealistic rookie who has an undying enthusiasm for Christmas. During their Christmas Eve mission, Wayne and Lanny encounter unexpected challenges that push them to their limits. Will the elves be able to guide Dasher, Dancer and the rest of the reindeer pulling Santa's sleigh through a raging snowstorm to ensure a merry Christmas for all?

DISNEY PREP & LANDING 2: NAUGHTY VS. NICE – The yuletide adventures of Christmas elves Lanny and Wayne continue. With the Big 2-5 fast approaching, Wayne and Lanny must race to recover classified North Pole technology that has fallen into the hands of a computer-hacking Naughty Kid! Desperate to prevent Christmas from descending into chaos, Wayne seeks out the foremost Naughty Kid expert to aid in the mission, a bombastic member of the Coal Elf Brigade who also happens to be his estranged brother, Noel.

Home for the HolidaysNewsPrep and Landing Specials Return to ABC Tuesday, December 20!