Watch the 'Being Blago' Docuseries Now Streaming on Hulu

ABC Owned Television Stations announced that it produced an exclusive streaming docuseries, "Being Blago," about former Illinois Governor Rod Blagojevich, which premiered on Hulu, Friday, Nov. 5, 2021. The four-part docuseries is a story about Blagojevich's life after prison - his journey, purpose, lost power, search for redemption, and if he plans to reenter politics. The limited series features more than 20 years and 100+ hours of archival footage and four months of exclusive access to Blagojevich's day-to-day life after being released from prison. The exclusive access is unprecedented and raw. In his own words, Blagojevich states, "I'm breaking a rule - don't let the media in the house." 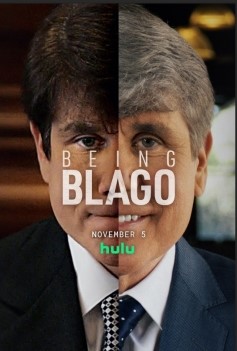 "While the story of Rod Blagojevich has local appeal in Chicago, the overall journey, including his downfall and release from prison, has broad national appeal," said Justin Allen, "Being Blago"'s co-executive producer and director, and senior coordinating producer, Content Development at ABC Owned Television Stations.

ABC Owned Television Stations continue to prioritize producing high-impact streaming content, outside the daily news cycle, for its connected TV apps and, in the case of "Being Blago," specifically for OTT, direct-to-consumer streaming platforms like Hulu. "As we consider premium content with an appeal to a broader audience, it was a no-brainer for ABC Owned Television Stations to produce Rod's story and distribute it nationally on Hulu," adds Allen.

Former twice-elected Illinois Governor Rod Blagojevich (2002-2009) was a force to be reckoned with – a well-liked and relatable politician by the constituents he served daily. He was married into a political powerhouse family, and in the early 2000s, his rise to the top of American politics looked inevitable. It all came crashing down when he was charged with conspiring to sell the senate seat of Barack Obama when he became president. Blagojevich was impeached and later sentenced to 14 years – the second-longest term ever delivered in a federal court in Chicago for a public corruption case. In 2020, his 14-year sentence was commuted by then-president Trump, and he was released from a federal prison in Colorado.

Most of the archival footage is from 20 years of ABC-owned WLS-TV Chicago, following the career and downfall of Blagojevich, which included reporting from WLS's chief investigative reporter Chuck Goudie.

"WLS is no stranger to Rod and has long covered his journey," said Matt Knutson, director of Content Innovation at WLS, and co-executive producer and director of "Being Blago." "However, 'Being Blago' is not a news story. It's a very raw look at a man trying to amend his past and forge a new, meaningful and untarnished legacy. 'Being Blago' reminds viewers what happened through a visual timeline of events while simultaneously following Rod in his next chapter." "Being Blago" episodes include the following:

Episode one: "I Want You to Run" follows Blagojevich's ascent to governor and the events that led to the FBI investigation allegedly triggered by his father-in-law, who was an Alderman. Episode 1 shows Rod grappling with how to regain relevancy post-probation.

Episode two: "All Falls Down" focuses on the time when Blagojevich's life was crashing down around him. He's indicted, impeached and convicted while becoming a national punchline. Fast forward to 2021, Blagojevich finds himself gaining public support and attention, despite his wife, Patti, making it crystal clear (again) that if he runs for office, she's out.

Episode three: "Hair Today, Gone Tomorrow" opens with Blagojevich recounting his last moments at home before prison while following the journey of his wife, Patti, as she becomes a single mother and realizes she can live without him. Forward to 2021, Blagojevich prepares for a big performance and shares further his current day-to-day life.

Episode four: "Rod v. Everyone" - The series closes with Blagojevich facing an uncertain future at home and in the public eye.

"Being Blago" is directed and executive produced by Justin Allen and Matt Knutson, and Barb Markoff as senior producer.

ABC NewsNewsWatch the 'Being Blago' Docuseries Now Streaming on Hulu