Get Ready for the Return of "CMA Fest" Wednesday, August 3 8/7c 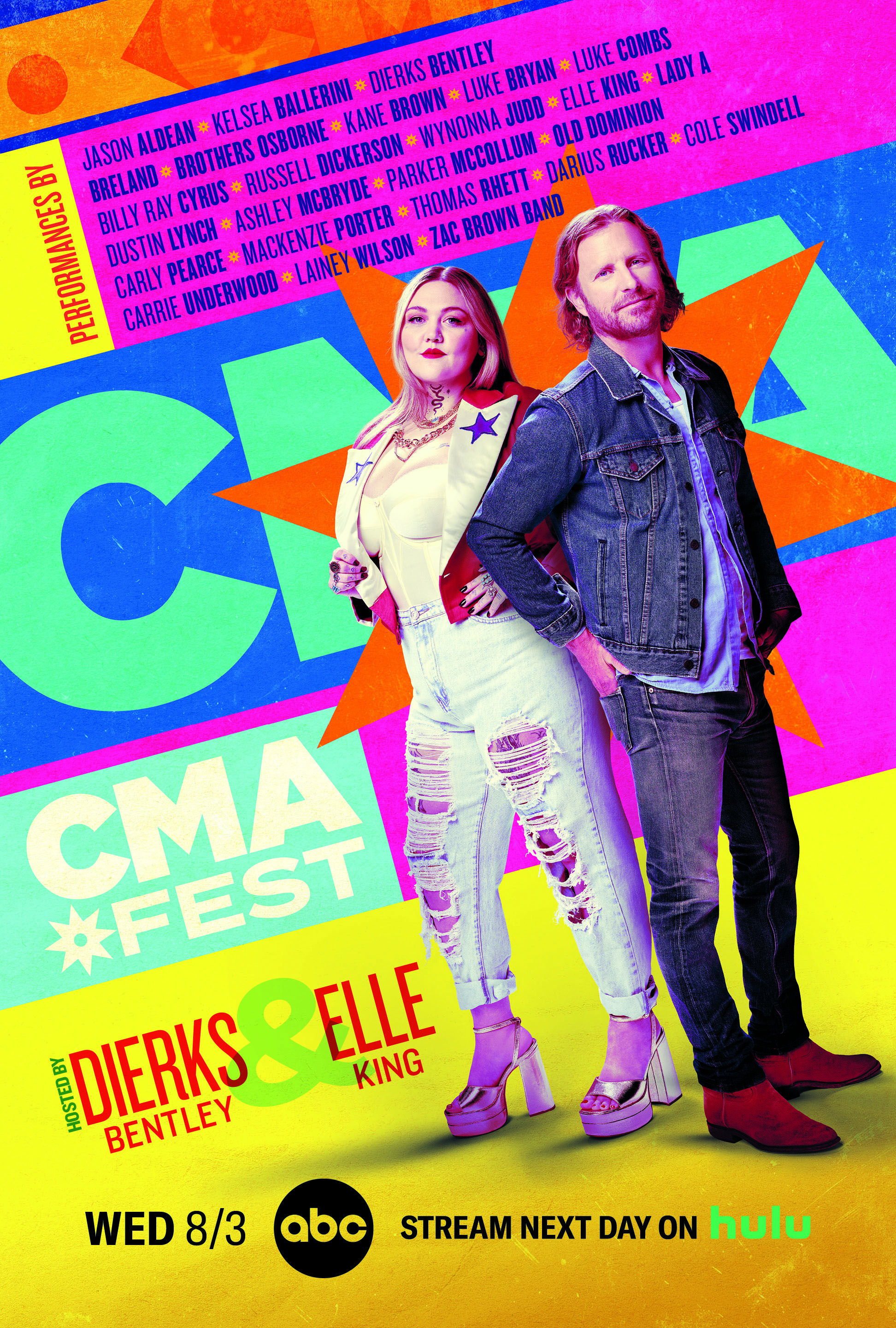 "I think Elle brings so much to the table," shared Bentley. "Onstage, she's just a riot and also super talented—a great combination of talent with comedic humor. A lot of spontaneous moments between the two of us and just a lot of laughs."

"I am co-hosting this whole shebang," laughed King. "Not only do I get to do it with my buddy Dierks, I also get to see all these incredible performances and be a part of a big party!"

"When Dierks and Elle first performed together at Fest in 2016, I knew they had something special," said CMA Fest executive producer Robert Deaton. "The festival itself may be over but, thanks to these two along with a solid slate of performances and special collaborations, the party continues in homes across America. It was a fun challenge to think differently with our setup these last two years, but it felt great to be back with a full house at the stadium."

About CMA Fest
The Ultimate Country Music Fan Experience™ began in 1972 as Fan Fair®, which drew 5,000 fans to Nashville's Municipal Auditorium. Now celebrating its 49th year, the legendary festival has become the city's signature Country Music event that hosts tens of thousands of fans from all 50 states and 39 international countries. CMA Fest is a one-of-a-kind festival with artists donating their time to perform so ticket proceeds can directly benefit high-quality music programs across the country through the CMA Foundation. This is the 19th consecutive year CMA has produced a summer music program to be broadcast as a network television special.