Last night "American Idol" paused the competition for a night of reunions and festivities as they celebrated 20 years on the air! Instead of the Top 7 hopefuls performing as usual, the show opened the Idol yearbook to honor some of the most memorable stars from across the years. Twelve alumni returned to the stage to perform brand new duets, with Judges Katy Perry, Luke Bryan, and Lionel Richie joined at the table by their predecessors Randy Jackson and Paula Abdul. Host Ryan Seacrest even brought back his frosted tips - for one night only - to commemorate his 20-year tenure as host!

The Idol lounge was filled with even more familiar faces from the past 20 years and 2001's runner-up Justin Guarini made an appearance alongside Ryan Seacrest. Despite a recent surgery meaning he couldn't sing, 2008 runner-up David Archuleta surprised a group of fans who had been devastated by his loss in his finale. And who could forget the iconic auditionee William Hung, who dropped by to reprise his memorable performance of "She Bangs"? To find out who else appeared throughout the night, and what they performed, read on! 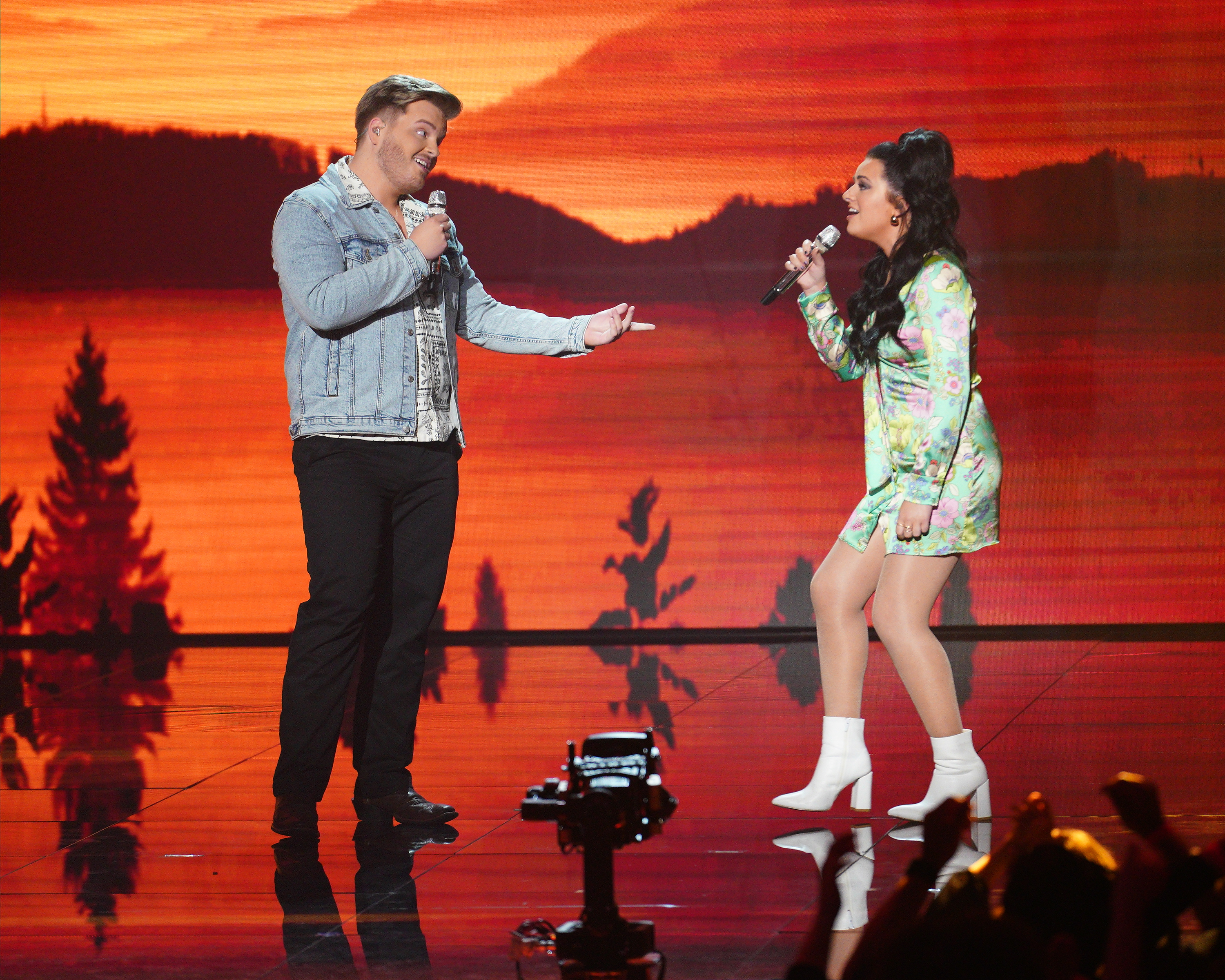 The returning artists performed a selection of duets from a variety of artists:

• The youngest Idol winner ever, Jordin Sparks, and 2003 winner Ruben Studdard reunited to perform "I Knew You Were Waiting (For Me)" by George Michael & Aretha Franklin

• David Cook and Kris Allen, the winners from 2008 and 2009 respectively, duetted The Cranberries' hit "Dreams"

• Representing the class of 2021, runners-up Grace Kinstler and Willie Spence came together to sing "Rather Be" by Clean Bandit feat. Jess Glynne

"American Idol" returns SUNDAY when the Top 7 will become the Top 5 as the contestants perform for your vote. Be sure to tune in at 8/7c on ABC to find out if your favorites make it through to the next round!