Dancing with the Stars Country Night was an evening of lively country music, including live performances by Carly Peace, Cole Swindell, Lauren Alaina, and Chris Janson, and high-scoring dances. As the competition heats up, the stars get better and better! Here's a recap of Country Night, including the scores and what judges Carrie Ann Inaba, Len Goodman, and Bruno Tonioli had to say about the performances.

VIDEO: Watch all the performances from Week 7: Country Night

John & Emma: John and Emma's Jazz was a hit with the judges, especially Len! Bruno commented the routine was "custom-made to make him shine" and the pair received an 8, a 9, and an 8 for a total of 25 out of 30.

Evanna & Keo: Evanna and Keo nailed the Rumba. "That was a pure, proper Rumba ... it was wonderful," said Bruno. Carrie Ann and Len were also hugely impressed, and Evanna and Keo received a perfect score: 30 out of 30!

Juan Pablo and Cheryl's Masterful Blend of Charleston and Country

Grocery Store Joe & Jenna: Joe and Jenna's Tango had a "Mad Max" feel. Len praised how Joe always goes out on the floor and attacks the dance. Bruno likes Joe's unique style, and Carrie Ann appreciates the way Joe doesn't give up, and how he's captured the hearts of the audience at home. Joe and Jenna received three 7s, for a score of 21 out of 30.

Milo & Witney: Milo and Witney's Foxtrot continued their trend of crowd-pleasing dances. Carrie Ann told Milo she always feels like he's the one to beat, and Bruno praised his range and versatility. Milo and Witney received a 10, a 9, and another 10 for a total of 29 out of 30.

DeMarcus & Lindsay: DeMarcus and Lindsay's Viennese Waltz was "extremely smooth," per Bruno. Len said it had great light and shape, but told DeMarcus he needed to work on his footwork, and Lindsay that she needed to work in more content. They earned three 9s for a 27 out of 30.

Alexis & Alan: Alexis and Alan's sweet Samba was a hit with Len and Bruno. "For me, that's the best routine of the night," Len said. Carrie Ann said Alexis was just ahead of the beat, but Bruno disagreed. The judges gave Alexis and Alan a 9 and two 10s, for a total of 29 out of 30.

Bobby & Sharna: Bobby and Sharna danced a Viennese Waltz to "Can't Help Falling in Love," sung by Bobby's friend Chris Janson. Len said it was his best dance yet! Bruno said Bobby delivered what was asked of him. Bobby and Sharna received three 8s, for a total of 24 out of 30.

Bobby and Sharna's Viennese Waltz Is Their Best Yet!

Team Hay Now earned a score of 29 out of 30 for their team dance. 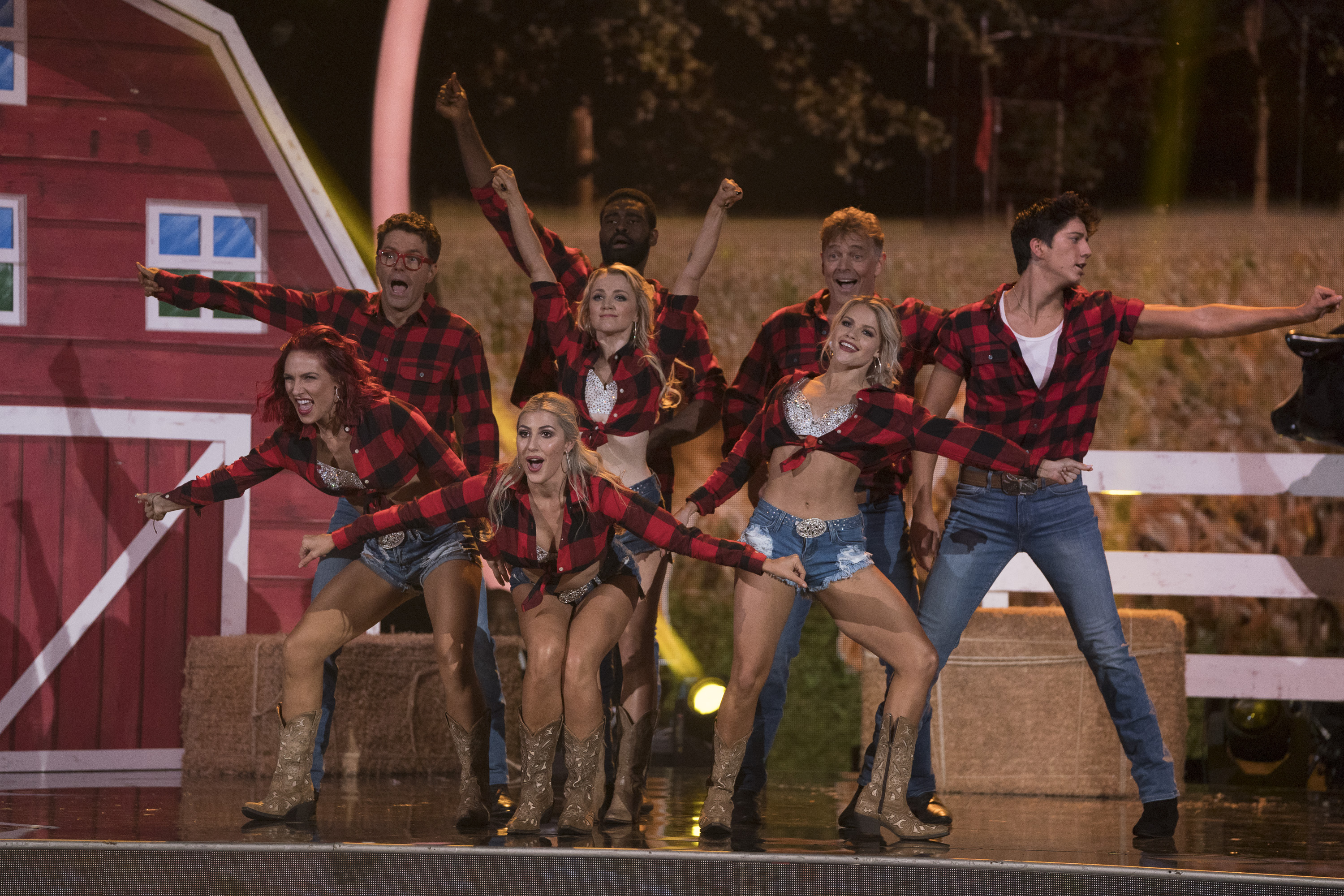 It was a double elimination night, and DeMarcus and Lindsay, Evanna and Keo, and John and Emma were in jeopardy. Evanna was safe, so DeMarcus and John were eliminated.