9 Reasons We Can't Wait for the DWTS Season 23 Premiere!

When is the Dancing with the Stars Season 23 Premiere? Have no fear. It's almost here! Dancing with the Stars Season 23 premieres TONIGHT 8|7c only on ABC. (Attention, fans in Los Angeles and San Francisco: The DWTS premiere will air at 5 pm PT.) Last season we saw Nyle DiMarco take home the coveted Mirrorball Trophy after a truly inspiring journey. Bindi Irwin's victory the season before was just as emotional. Who will win it all this time around? We'll find out in the November finale. But for now, let's celebrate 9 reasons why we can't wait for the DWTS Fall 2016 season premiere! 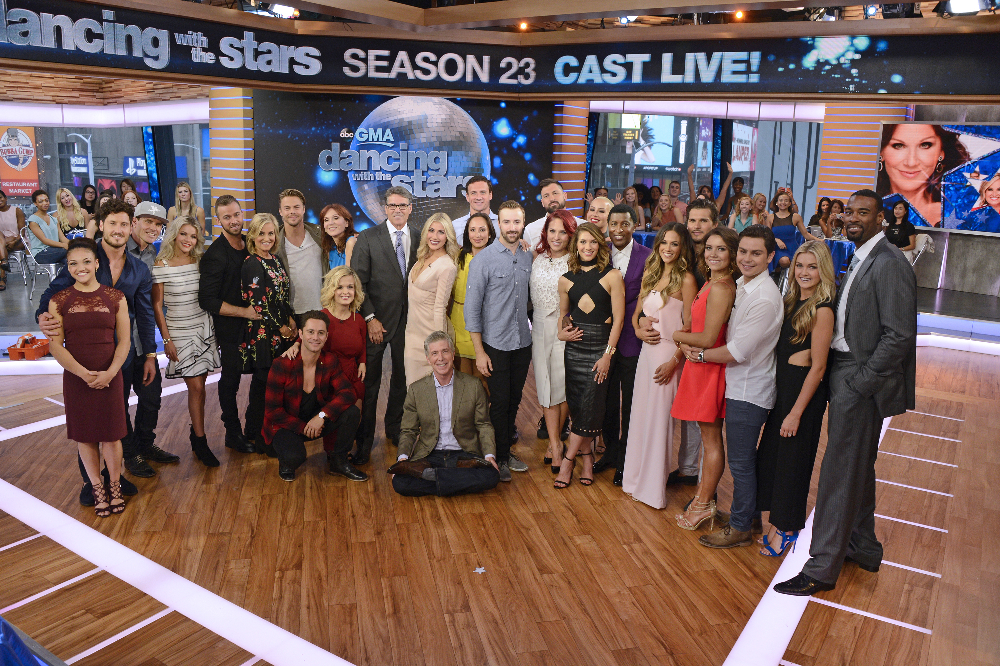 #9 The Spray Tans: As already mentioned, the bright summer sun fades away come fall. So the only place to get a proper tan comes in a can. Hopefully it dries before any glitter can stick to the skin during a steamy samba.

#8 Derek, Cheryl & Maks Are Back: A trio of past champs makes a triumphant return to the ballroom. They all have experience hoisting that coveted Mirrorball Trophy high above their head. Will any of them be able to repeat the feat after their break from the ballroom?

#7 The Sports Stars: Athletes typically do well on Dancing with the Stars. This season sports figures like Calvin Johnson, Jr., Ryan Lochte, Laurie Hernandez and James Hinchcliffe shift their competitive drive into a whole new adventure. Who will experience the thrill of victory not to mention the agony of sore feet?

#6 The Judges: Carrie Ann, Len and Bruno are back along with some surprise guest judges who will pop up during the course of the season. We always love when Carrie Ann gets emotional and usually cringe when Len gets a little cranky. Then there's Bruno. Well, he's in a class by himself. Guess it's because he has good writers, as evidenced in the videos below.

#5 The Entertainers: So many stars of stage, screen and TV have hit the ballroom floor over the years as part of the Dancing with the Stars cast. You never know which one will shine brightest.  This season certainly has an eclectic mix of talent with Jake T. Austin, Jana Kramer, Kenny "Babyface" Edmonds, Marilu Henner, Maureen McCormick and Vanilla Ice hitting the dance floor.

#4 The Wild Cards: How else would you describe that group of stars we've yet to mention? Just like all their dancing cohorts, Amber Rose, Rick Perry and Terra Jolé had the courage to step outside their comfort zones to take on a totally new kind of challenge. Gotta love their courage! Get to know Amber Rose a little more right here and check out everyone else in the video below.

#3 The Troupe: They are always there in the background. Quite often they take center stage. The talented dance troupe always entertains and gives us an early glimpse at some future show DWTS pros. Watch their moves and remember their names.

#2 The Theme Nights: Though nothing official has been announced yet, we looked at the calendar and noticed that the spookiest night of the year happens to fall on a Monday. We're sure Halloween will scare up some frightfully fun routines along with every other theme night the Dancing team sends our way this season.

#1 The Dancing: Every episode of Dancing with the Stars is crammed with tons of fun thanks to colorful judges, witty hosts, pulse-pounding music, talented pros and hard-working stars. They are all there to celebrate the joy of dancing. Some stars shine, some falter. But they all put their best foot forward to entertain and inspire us. It's why we watch!

Catch the Dancing with the Stars Season 23 premiere MONDAY, SEPTEMBER 12 8|7c only on ABC and get highlights and recaps all season long.

Dancing with the StarsNews & BlogsUpdates9 Reasons We Can't Wait for the DWTS Season 23 Premiere!