Dancing with the Stars Spring 2018 Cast Has Been Revealed!

The brand new Dancing with the Stars cast featuring all athletes has been revealed live exclusively on Good Morning America! Get ready for a phenomenal four-week event filled with amazing athletes like Adam Rippon, Kareem Abdul-Jabbar, Jennie Finch Daigle, Josh Norman, Tonya Harding and much more! Break out the sequins and spray on the tans for the return of the biggest dance party on the planet. See a rundown of every star headed for the ballroom on Dancing with the Stars 2018 below. Dancing with the Stars: Athletes will have its season premiere on Monday, April 30 8|7c on ABC.

ADAM RIPPON: One of the most dramatic figure skaters on the planet, Adam won the hearts of America earlier this year. In addition to his recent team bronze medal in PyeongChang, Adam has garnered nine medals on the international circuit over the last four years, including the 2016 U.S. men's championship title. Now Adam steps off the ice and into the ballroom with pro partner Jenna Johnson. Check out Adam's full bio on his cast page here! 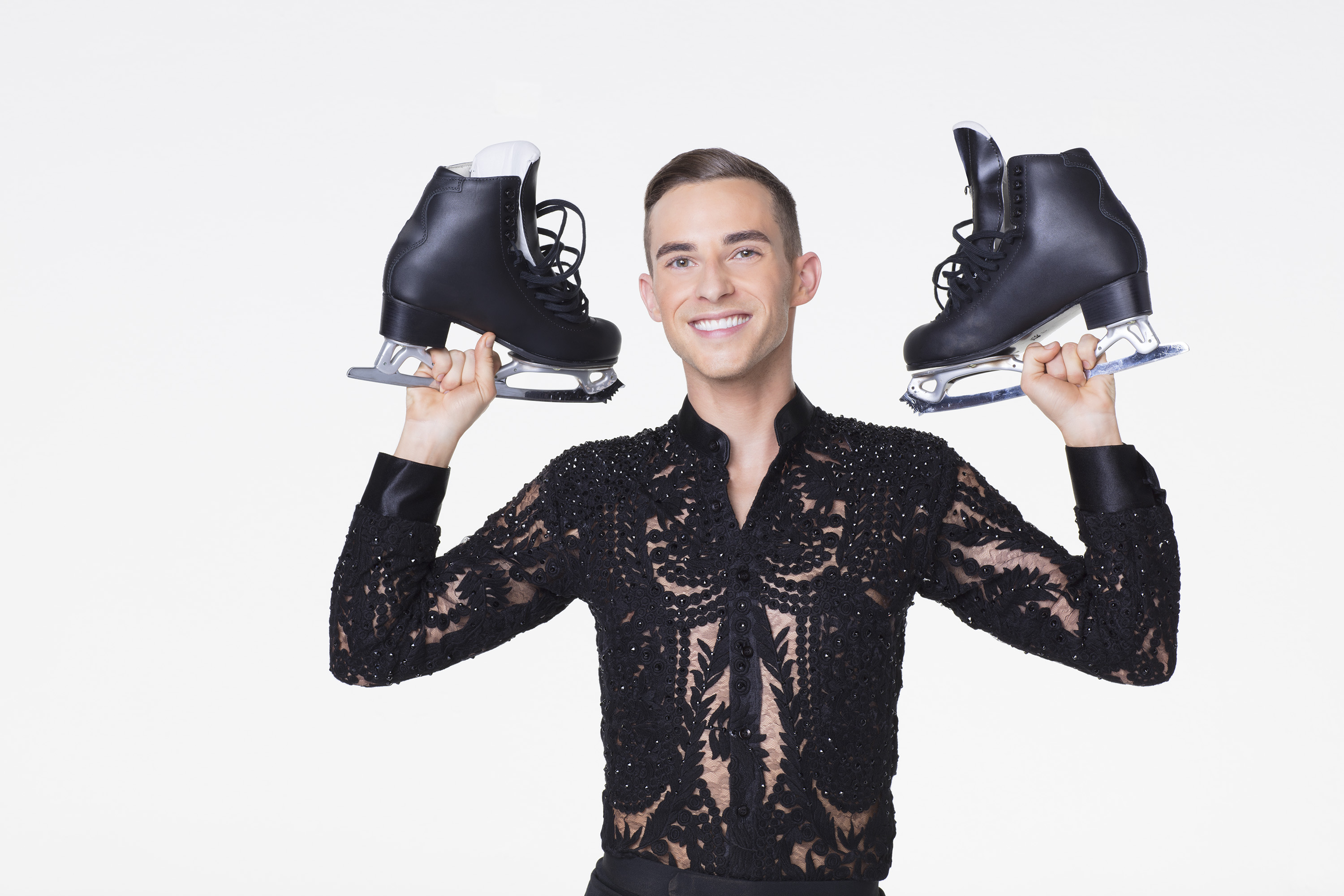 ARIKE OGUNBOWALE – Arike Ogunbowale is a junior at Notre Dame and member of the women's basketball team. Now she's embarking on a brand new adventure with pro partner Gleb Savchenko on Dancing with the Stars! Check out Arike's full bio on her cast page here! 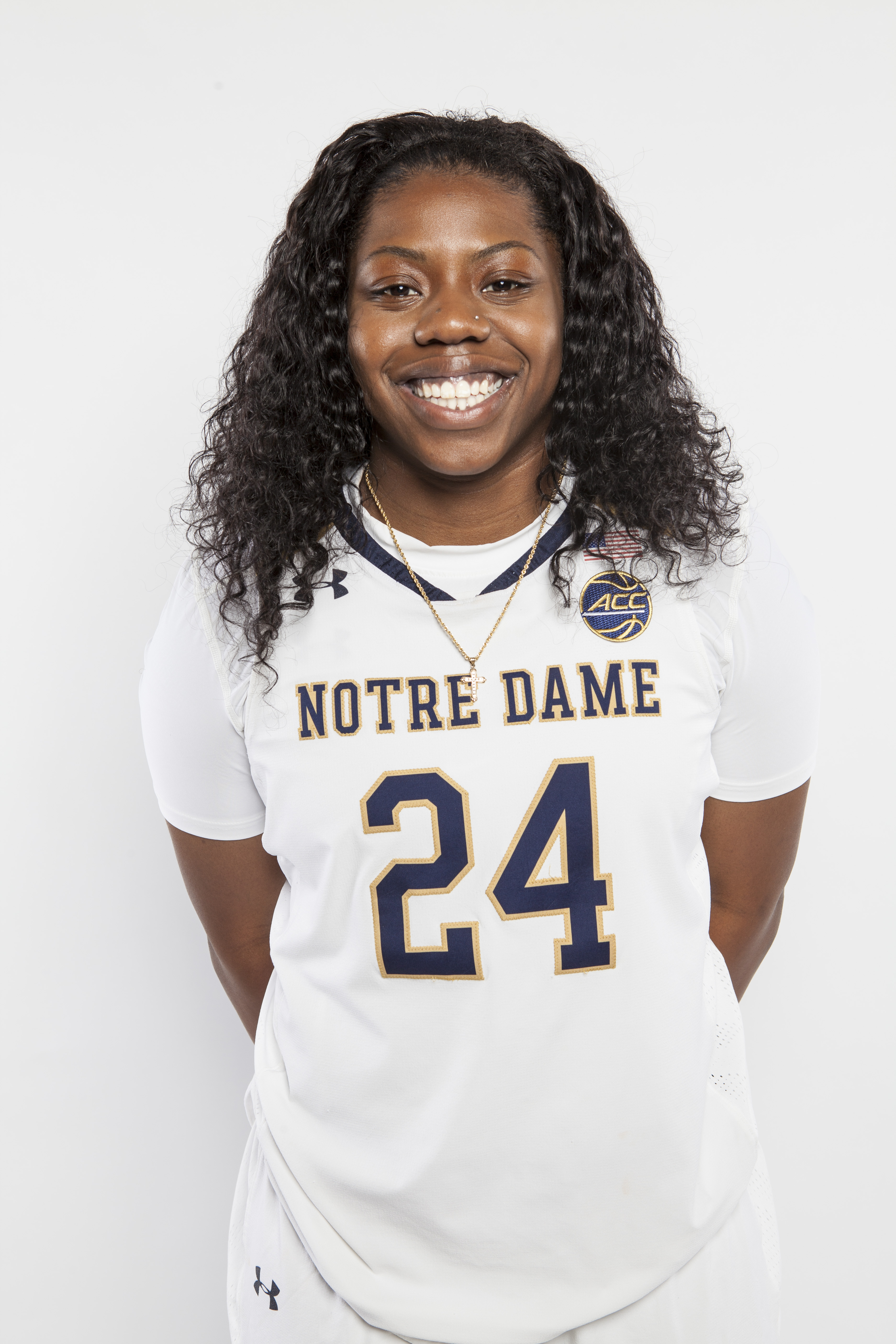 CHRIS MAZDZER - In PyeongChang, South Korea, Chris made history becoming the first-ever American athlete to win a medal in the Men's Single Luge event. Not just beauty and brawn, Chris has a degree in Business Administration/Finance, and when he's done with his athletic career, he aspires to be a financial consultant. Of course, he may want to consider a career in dance after his time in the ballroom with pro partner Witney Carson. Check out Chris' full bio on his cast page here! 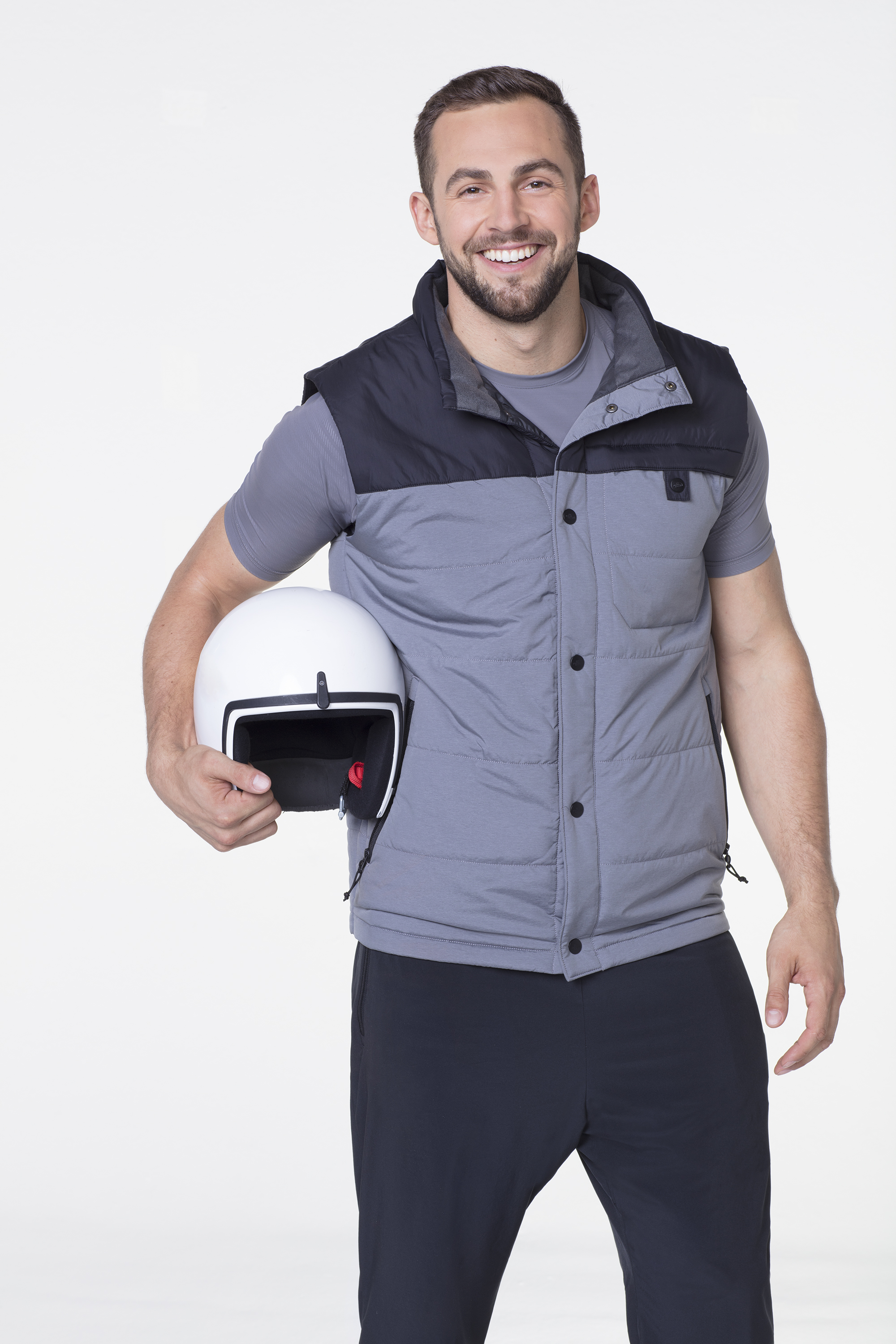 JAMIE ANDERSON - Jamie Anderson is one of the top female snowboarders in the world and has won a record 15 X Games medals since she was 15 years old. Jamie led the U.S. medal sweep with a gold at the Slopestyle competition in Sochi in 2014 and successfully defended her gold medal in Slopestyle in PyeongChang in 2018. Now she takes on a brand new challenge with pro partner Artem Chigvintsev. Check out Jamie's full bio on her cast page here! 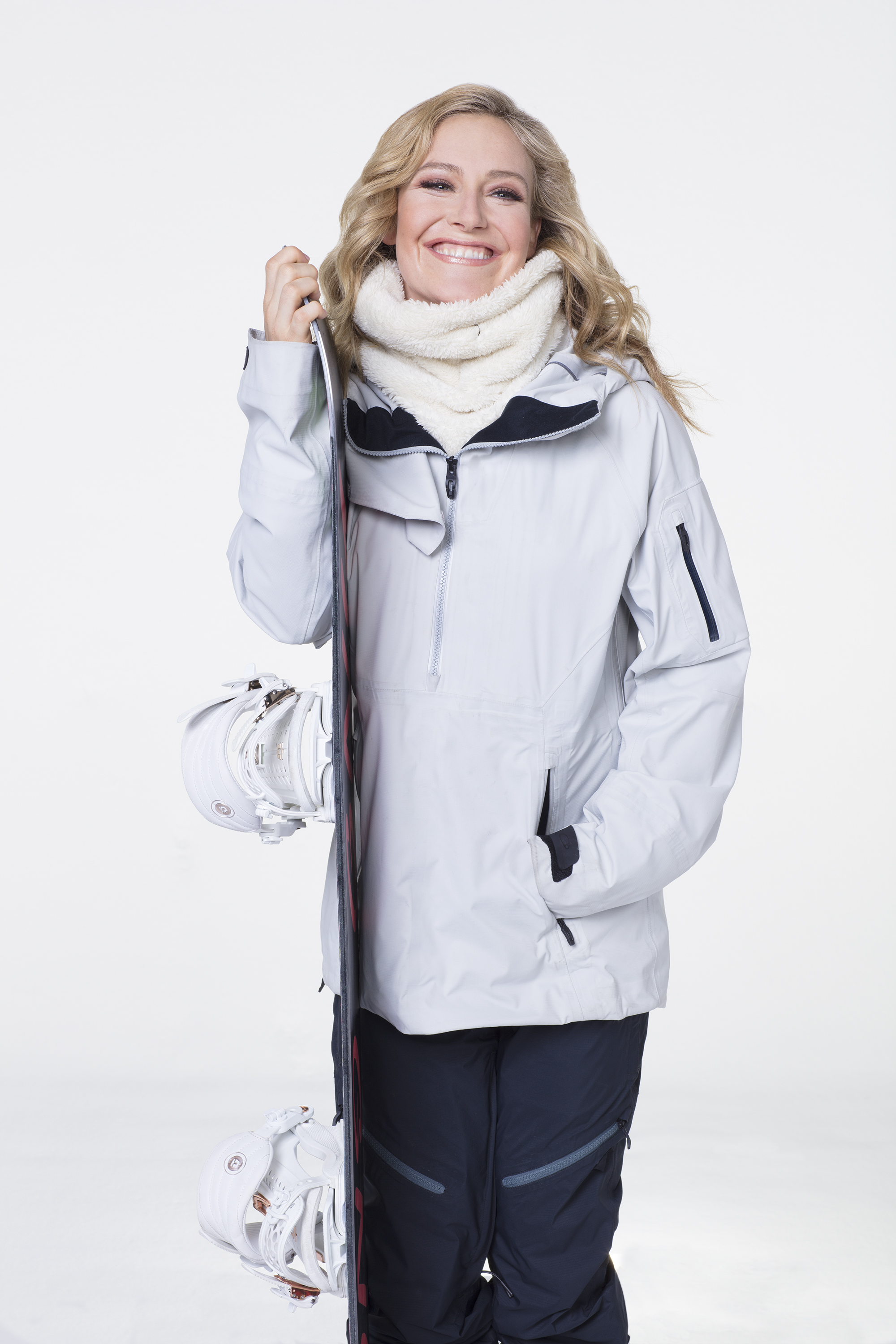 JENNIE FINCH DAIGLE – Softball star Jennie Finch Daigle started pitching at age eight, with her father as her personal coach. In 2004 in Athens, her ASA team dominated their competitors and won the gold. Sports Illustrated hailed them as the greatest team of all time. Jennie created a signature line with Mizuno and pioneered the use of pink in women's softball equipment. Pink and black became her signature. Now she looks to create some signature dance moves with pro partner Keo Motsepe. Check out Jennie's full bio on her cast page here! 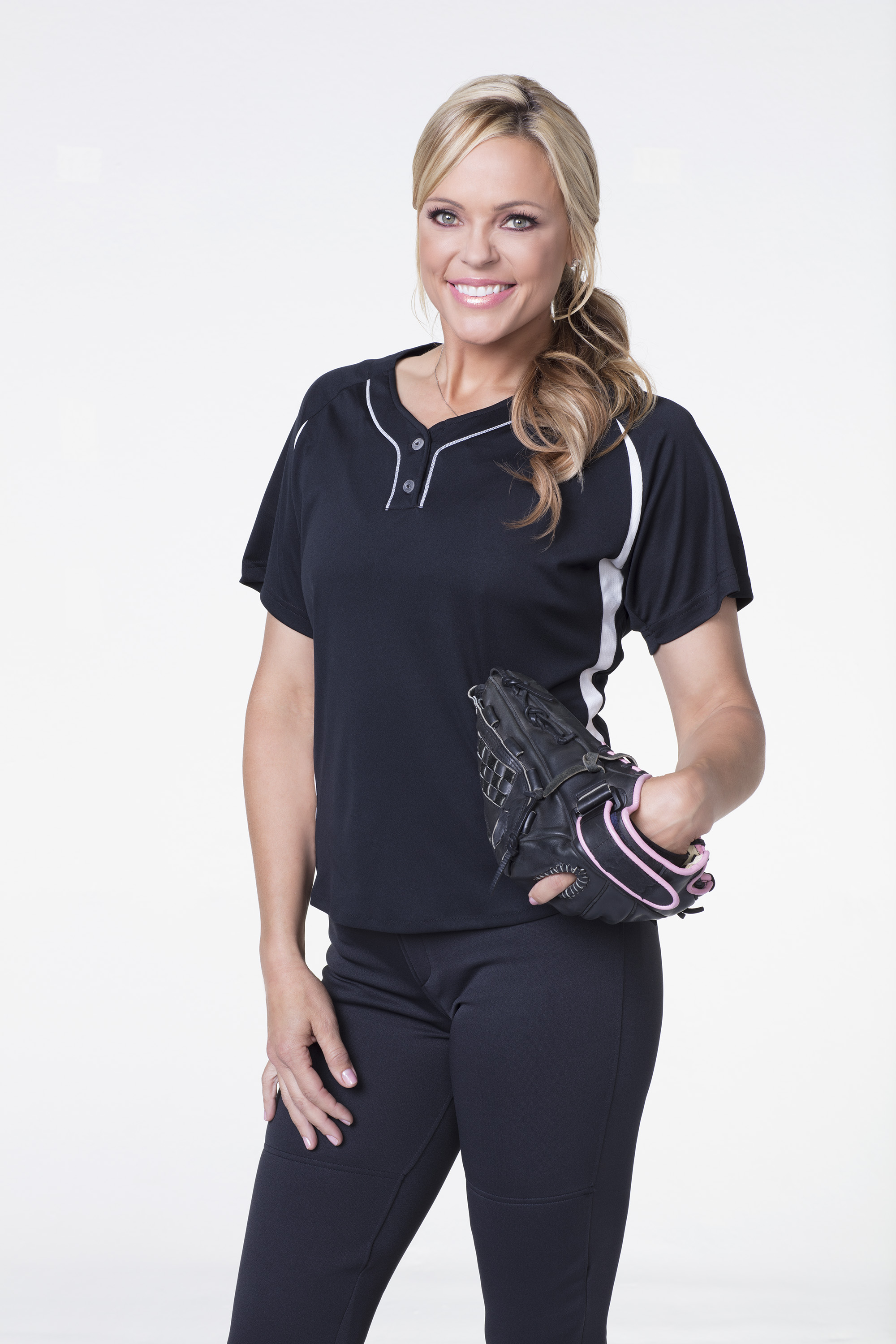 JOHNNY DAMON – A Major League Baseball star for 18 seasons, Johnny Damon was one of the most outstanding, respected and durable players in the game. After winning the 2004 World Series with the Boston Red Sox, Johnny signed with the New York Yankees in 2006. He joined Babe Ruth as the only full-time, everyday players to achieve World Series rings with both the Red Sox and Yankees. Now Johnny is ready to play ball for the Mirrorball with pro partner Emma Slater. Check out Johnny's full bio on his cast page here! 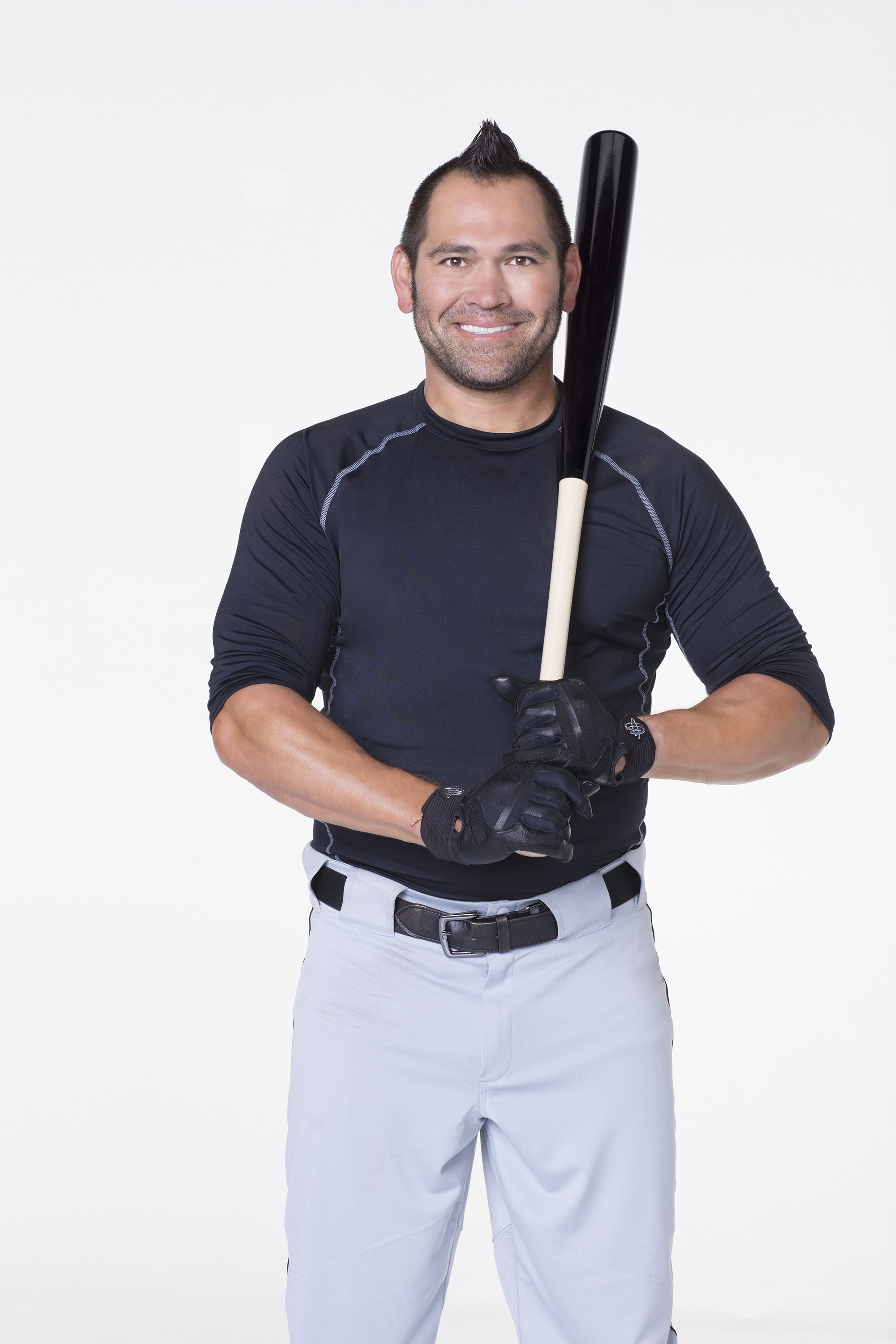 JOSH NORMAN – Josh Norman became the highest-paid NFL cornerback in 2016 upon signing with the Washington Redskins after spending his previous four seasons with the Carolina Panthers. As he enters the seventh season, he proves to remain one of the most elite athletes at his position. Josh gives back to his South Carolina hometown community and provides academic enrichment opportunities for youth through his foundation, Starz24. Now he's trading in his football cleats for dancing shoes teaming with pro partner Sharna Burgess. Check out Josh's full bio on his cast page here! 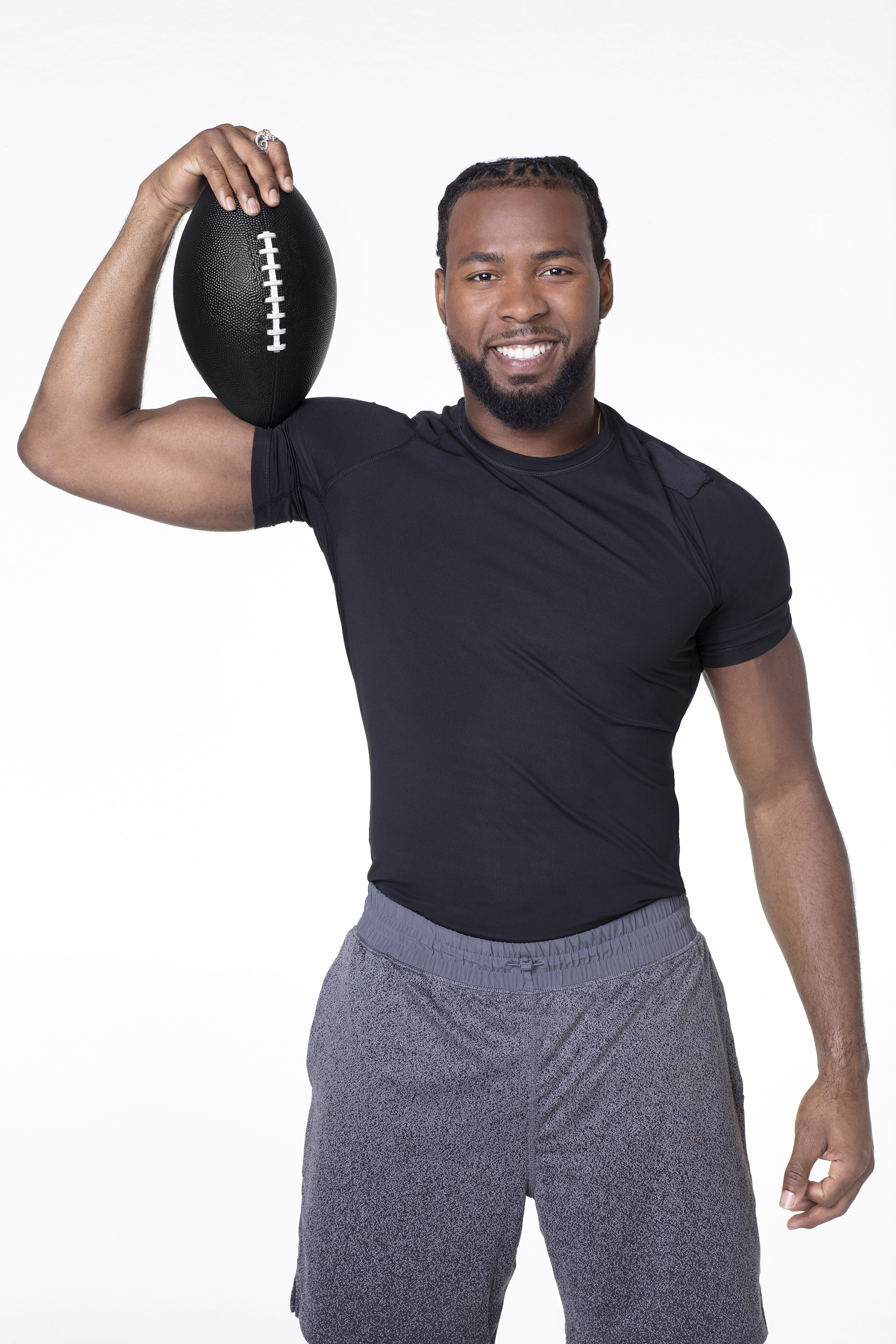 KAREEM ABDUL-JABBAR – Kareem Abdul-Jabbar is the NBA's all-time leading scorer, a six-time NBA champ and the league's only six-time MVP. Before he left office, President Barack Obama awarded Kareem the Presidential Medal of Freedom, the nation's highest civilian honor. It's almost as cool as the coveted Mirrorball Trophy which Kareem will try to win with pro partner Lindsay Arnold. Check out Kareem's full bio on his cast page here! 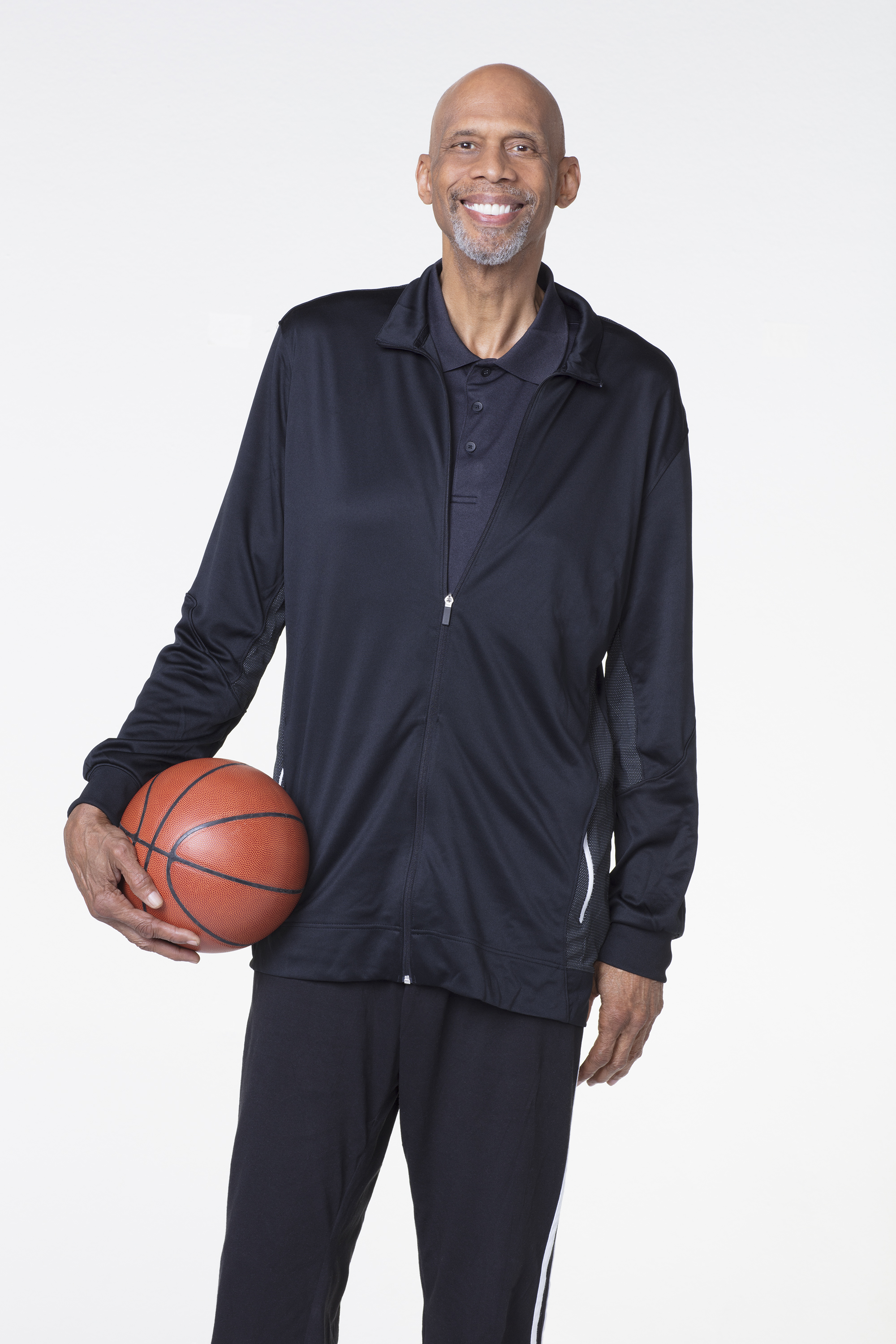 MIRAI NAGASU - Mirai Nagasu was one of the youngest figure skaters to win a national title in 2008 and earned a spot to represent the U.S. in PyeongChang at the age of 24, where she made history by becoming the first American woman to land a triple axel there. She performed the difficult three-and-a-half revolution jump, helping Team USA win a bronze medal in the team event. Now she looks to add a Mirrorball trophy to her list of accomplishments with pro partner Alan Bersten. Check out Mirai's full bio on her cast page here! 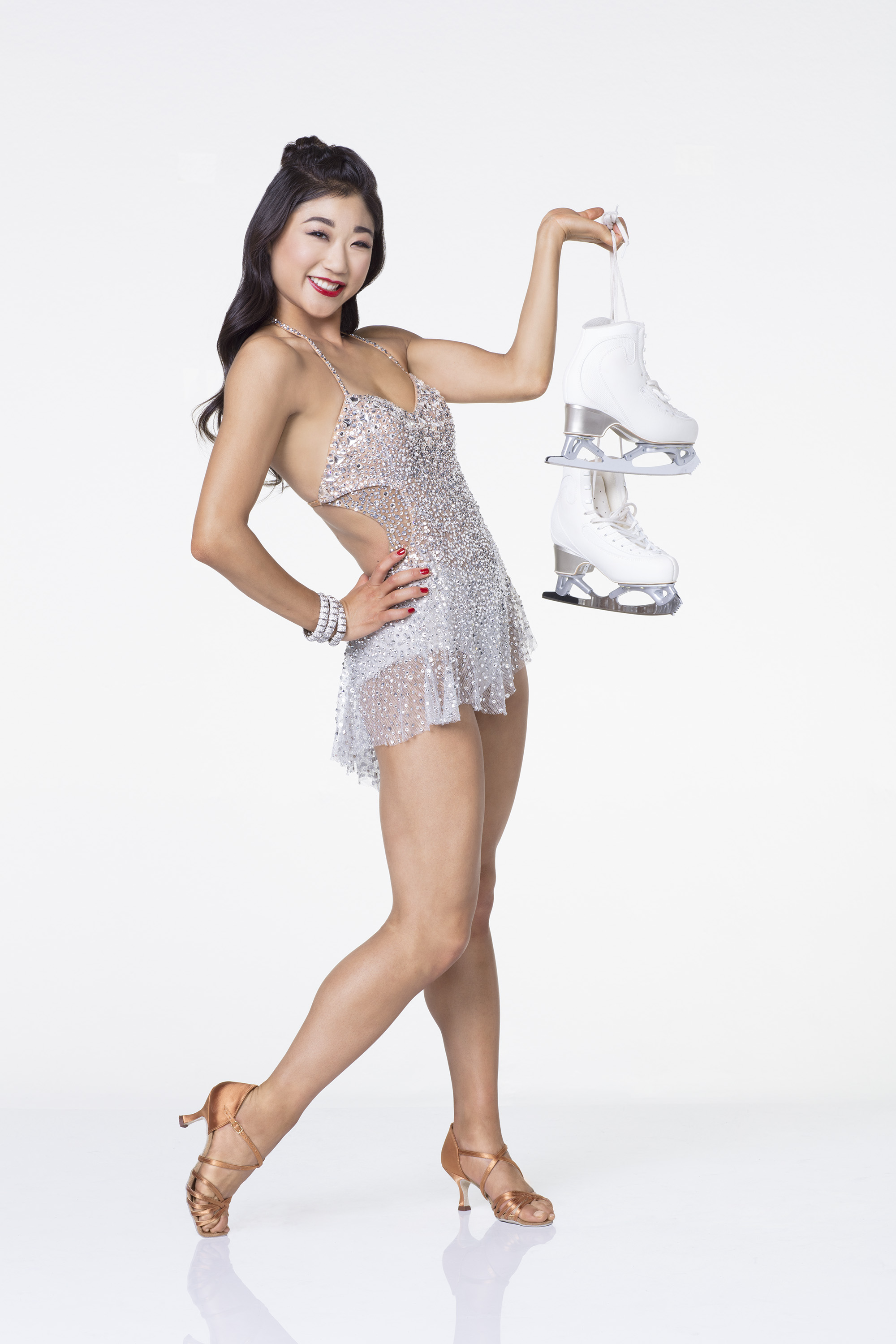 TONYA HARDING – Tonya Harding won her first skating competition at the age of five. In 1991, at Senior Nationals, Tonya became the first American woman to attempt and land the extremely difficult Triple Axel. Her life story was recently depicted in the award-winning film I, Tonya. Now Tonya's story continues down a new road as she steps onto the dance floor with pro partner Sasha Farber. Check out Tonya's full bio on her cast page here! 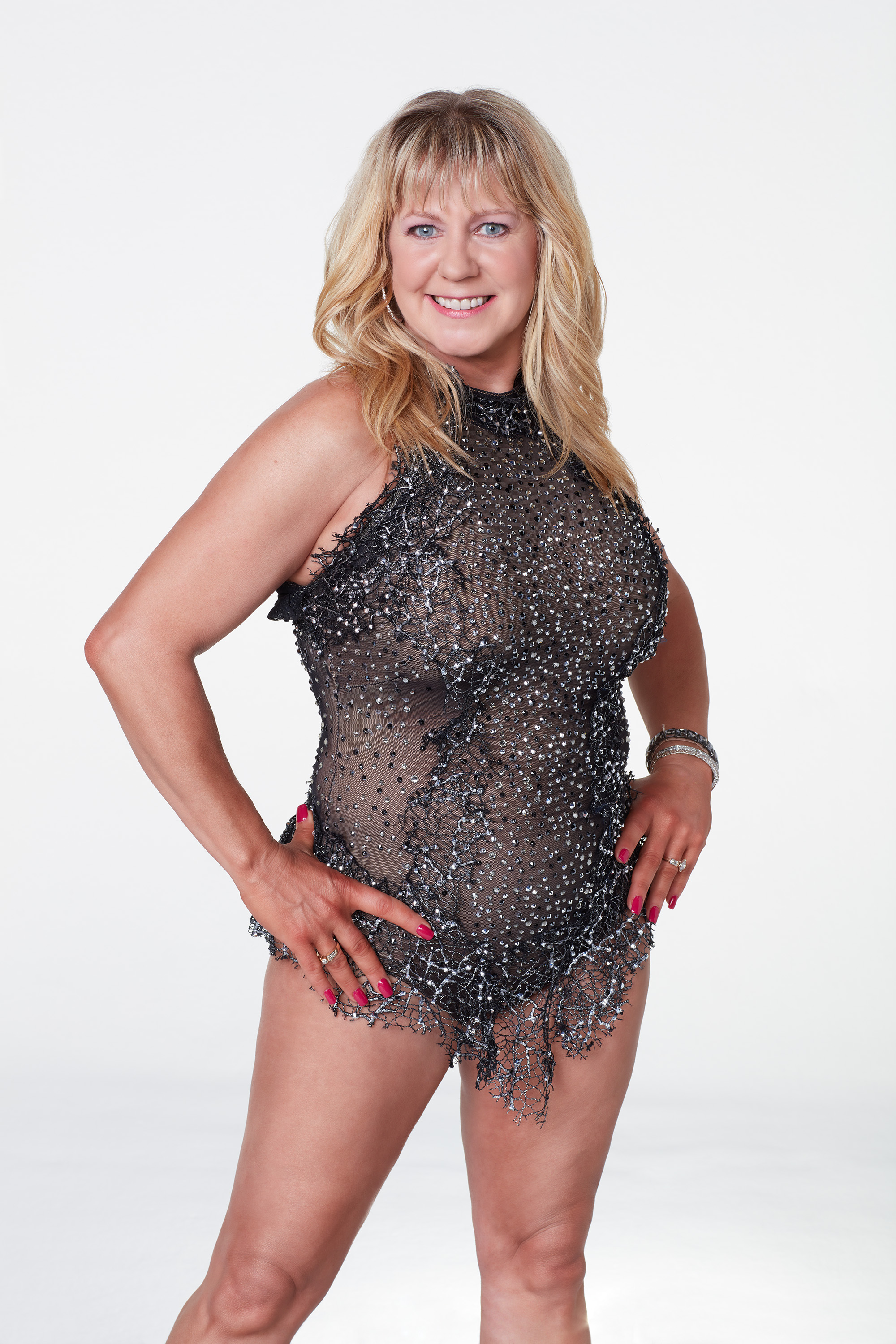 Dancing with the Stars: Athletes kicks off with each of the 10 athletes being paired up with a pro dancer, then follows their preparation and hard work as they hit the dance floor for the most competitive season ever. Each week these athletes will leave their comfort zones and endure hours of grueling rehearsals to master new dance styles and technical choreography to perform a dance. Renowned ballroom experts Len Goodman, Carrie Ann Inaba and Bruno Tonioli return to the ballroom to judge the competitive dances, along with viewer votes. In the end, only one athlete will rise above the rest to be crowned champion and win the coveted Mirrorball trophy.

Hosted by two-time Emmy®-winning host Tom Bergeron and Erin Andrews, Dancing with the Stars: Athletes will have its season premiere on MONDAY, APRIL 30 (8:00-10:01 p.m. EDT).