For all the highlights from the Season 12 episode "Walking Tall," check out the official Grey's Anatomy recap! The pressure is on as a determined Bailey tackles her first day as Chief of Surgery. She's so focused on the job, Grey Sloan Memorial's first female Chief of Surgery doesn't even notice the surprise party the other doctors throw her. Meanwhile, April is back from the Middle East, and she's ready to tackle her relationship problems with Jackson head on. Unfortunately for her, there's a pretty significant wall in her way. Arizona spots a weird rash on April's back, and Bailey rushes her into isolation until blood tests can confirm a diagnosis. "There will be no epidemics today!" announces Bailey, who will prevent a disaster by the sheer force of her will if she has to. Meanwhile, Meredith enlists Stephanie to help her juggle all the extra work Bailey has offloaded on her. Amelia spends much of the day avoiding Owen because she's very confused about their kiss. What does it mean? Why does she want to kiss him again? Naturally, Owen is frustrated and confused by Amelia's behavior, and eventually decides to do something about it. Keep reading for memorable moments from the October 1, 2015 episode, Grey's Anatomy Season 12, Episode 2, "Walking Tall."

April and Jackson Are Worth Fighting For... Right?

Jackson is ready to give up on their marriage, but April refuses. April believes they are worth saving, and she won't let her mistake end their marriage. "I will launch a full-scale assault. I will ambush and slash and burn and fight until I am bloody for us. I will fight to the death, because I vowed to," she tells him fervently. But her speech just makes Jackson feel like she doesn't care what he wants.

When Dr. Bailey's first day as Chief of Surgery doesn't go perfectly, she feels defeated. She tells Dr. Webber she's not the right person for the job after all, but Webber disagrees. He tells Bailey the job is too big for one person, and no one can do it without a good team and advice from those who have gone before.

Something to Talk About...

Amelia has been avoiding Owen since their kiss, so he confronts her about it. She admits she's confused, and doesn't know what the kissing means. Owen suggests they talk about it and Amelia agrees, but they start passionately kissing instead.

On her first day as Chief of Surgery, Dr. Bailey offloads all her patients and surgeries onto Dr. Grey so she can focus on her new responsibilities. Grey quickly grows frustrated, and when Bailey doesn't have time to listen to an update, Meredith tells her off. Later, Bailey praises Meredith for being someone she can count on, and "the calm in the center of the chaos." She explains that when Webber and Owen had the Chief job, they had Bailey to rely on. "I need you to be my 'me,'" Bailey tells Meredith, and offers her a promotion: Chief of General Surgery.

Jackson, Callie, Amelia, and Maggie wait for Dr. Bailey to arrive at her surprise breakfast on the Grey's Anatomy Season 12 episode "Walking Tall." 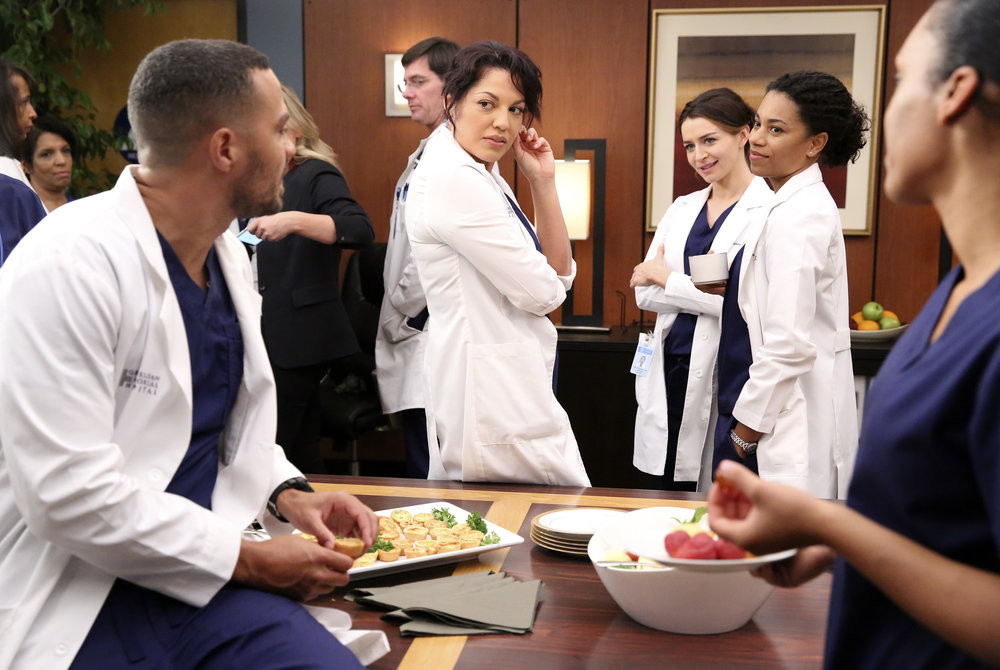