Drone vs. Idiots: The Play-by-Play

When a mysterious drone tries to spy on a sunbathing Gloria (Sofia Vergara), it's up to Phil (Ty Burrell), Luke (Nolan Gould) and Manny (Rico Rodriguez) to take it down. Instead, it's Phil's pants that get taken down when the guys' bungled efforts turn into full-frontal slapstick. The drone's footage of their antics gets posted on YouTube, so the guys declare war while the drone operator declares them "idiots" online. Here's the play-by-play from Season 6, Episode 17 of Modern Family, "Closet? You'll Love It!"

The Game Begins
Things get off to a rough start with a score of Phil: 0, Pants: 0. 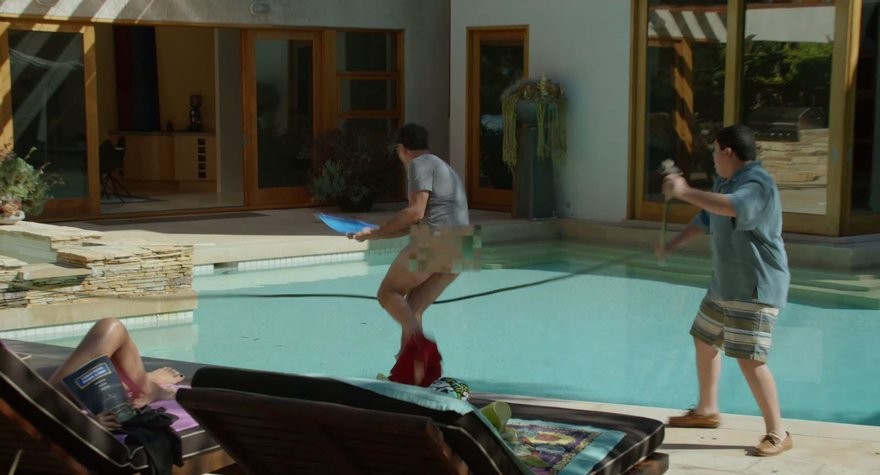 Drone: 2, Idiots: 0
Disguised as Gloria in a bathing suit (or, more accurately, a "monokini"), Luke goes in drag to lure the spy drone. When the plan goes ridiculously wrong, Phil, Luke and Manny give chase but end up losing the drone. Also lost: Phil's pants. Again.

Drone: 2, Idiots: 1
After admitting that he's become a grump, Jay (Ed O'Neill) does a 180 and joins in on the silly plan to take out the drone. Jay helps them triangulate to focus their efforts, but it's really Gloria who ends up scoring the win. "Some boys need a little help," she explains.