"Shark Tank," the critically acclaimed and multi-Emmy® Award-winning entrepreneurial-themed reality show that has reinvigorated entrepreneurship in America, returns to ABC this fall for its eleventh season. The business-themed show that has become a culturally defining series and inspires a nation to dream bigger, recently amassed an amazing $100 million in deals offered in the Tank. The Sharks – tough, self-made, multimillionaire and billionaire tycoons – continue their search to invest in the best businesses and products that America has to offer. They will once again give people from all walks of life the chance to chase the American dream and potentially secure business deals that could make them millionaires. The Sharks are billionaire Mark Cuban, owner and chairman of AXS TV and outspoken owner of the 2011 NBA champions, Dallas Mavericks; real estate mogul Barbara Corcoran; "Queen of QVC" Lori Greiner; technology innovator Robert Herjavec; fashion and branding expert Daymond John; and venture capitalist Kevin O'Leary. "Shark Tank" will feature a blockbuster lineup of guest Sharks during the 2019-2020 season. The guest Sharks include founder and CEO of Stitch Fix, Katrina Lake; founder and CEO of KIND, Daniel Lubetzky; international tennis star and creator of Sugarpova, Maria Sharapova; and co-founder and CEO of the personal genomics company 23andMe, Anne Wojcicki. Recurring Shark Rohan Oza, iconic Smartwater and Vitaminwater brand builder, and serial entrepreneur Matt Higgins, co-founder and CEO of RSE Ventures, also return for the show's 11th season.  The show will continue to provide glimpses of the entrepreneurs' excitement and anticipation of what they go through backstage in the intense moments before they face the Sharks. As in past seasons, "Shark Tank" episodes will have follow-up stories, allowing viewers the opportunity to see how some investments led to success. The entrepreneurs who dare to enter the Tank must try to convince the Sharks to part with their own hard-earned cash and give them the funding they desperately need to turn their dreams into million-dollar realities. All of the good, bad, emotional and even absurd pitches help showcase the "I wish I had thought of that" business ideas and products. But the Sharks have a goal too: to get a return on their investment and own a piece of the next big business idea. When the Sharks hear an idea worth sinking their teeth into, they're more than ready to declare war and fight each other for a piece of it. "Shark Tank" has won four back-to-back Emmys in 2017, 2016, 2015 and 2014 for Outstanding Structured Reality Program. More recently, the show received three Emmy nominations in 2019 for Structured Reality program, Outstanding Directing for a Reality Program and Outstanding Casting for a Reality Program. They were also nominated for an Emmy for Outstanding Reality Program in 2012, 2013 and 2018. "Shark Tank" won the NATPE 2015 and 2017 Reality Breakthrough Award, and in 2016, the BANFF World Media Festival Award and the IRTS Hall of Mentorship Award. Additional recognition includes three Summer Television Critics Association (TCA) nominations for Outstanding Achievement in Reality Programming (winning in 2013), four Critics Choice Award nominations for Best Reality Series (winning in 2016, 2015 and 2014), NAACP Image Award nominations for Outstanding Reality Series in 2014 and 2015, a Kids Choice Award for Favorite Reality Show nomination in 2015 and 2017, and four Producers Guild Award nominations. Viewers will continue to ride an emotional roller coaster this season, complete with heated fights between the Sharks, ingenious business ideas and touching moments. Whichever way the wheeling and dealing may go, many people's lives will be better off – because they dared to enter the unpredictable waters of the "Shark Tank." Mark Burnett, Clay Newbill, Yun Lingner, Max Swedlow, Phil Gurin, Mark Cuban, Barbara Corcoran, Lori Greiner, Robert Herjavec, Daymond John and Kevin O'Leary are the executive producers of "Shark Tank," which is based on the Japanese "Dragons' Den" format, created by Nippon Television Network Corporation. The series is produced by MGM Television in association with Sony Pictures Television. 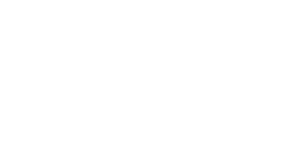