They say Love is War, and that definitely was the case on The Bachelorette this week, as the contestants had to literally fight for Kaitlyn Bristowe's affection in a boxing tournament after some tutelage from boxing champ Laila Ali. Most women say a guy's sense of humor is incredibly important, and another group of guys were put to the test with a stand-up routine after getting help from hilarious comedian (and noted Bachelor/ette fan) Amy Schumer. And even after all that star power, Kupah might have stolen the show by being sent home after a tiff with Kaitlyn before the Rose Ceremony, and then causing a scene in front of the Bachelor Mansion on his way out.

The Boxing Tourney was the first group "date" (quotes seem deserved when left hooks to the jaw are involved). Some of the guys picked it up pretty fast, other guys went down pretty fast. Here's all the boxing action:

The Bachelorette Boxing Matches|Someone ends up in the hospital.|After some tutelage from boxing champ Laila Ali, the guys take eac other on in the ring. Ben Z emerges as the champion, but sends Jared to the hospital with a possible concussion on the way to his victory. From Week 2 of the 2015 season of The Bachelorette. 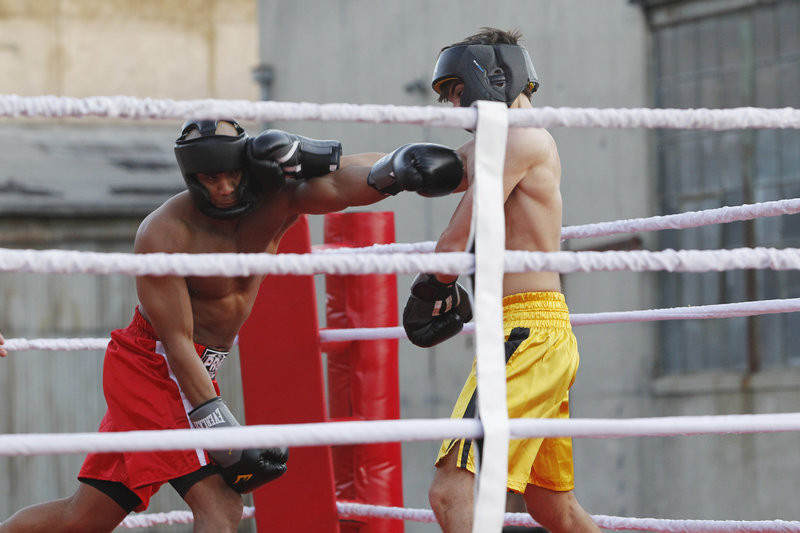 Jared lands a punch on Kupah

Jared had to be taken to the hospital after an examination by the medics, but that didn't keep him from stopping in for a little romance with Kaitlyn:

Not bad, Jared -- well played. Clint had a good week as well. His 1-on-1 date was an underwater photo shoot that started off a little awkwardly, but soon Kaitlyn was praising their connection and smooching him. So, you know, victory. The second group date was at a comedy club, and the guys got comedic coaching from comedians Amy Schumer, Bridget Everett, Nikki Glaser, and Rachel Feinstein. 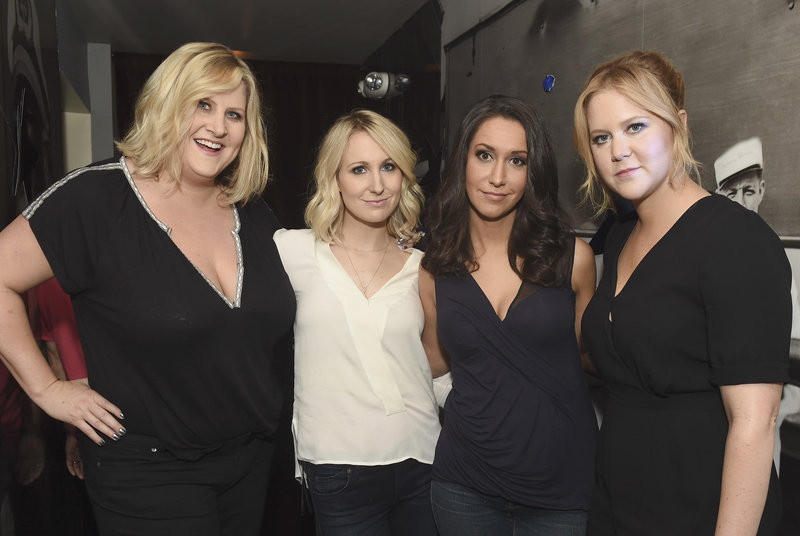 Some guys fared better in this environment than others. Amy Schumer, for her part, did not care for JJ:

Amy Schumer with the Bachelors|The comedian calls JJ a turd.|Comedian Amy Schumer gives the guys a few pointers before they have to take the stage for their stand-up comedy routines. She wants Chris to make fun of himself, and she calls JJ a turd that lacks charisma and humility. From Week 2 of the 2015 season of The Bachelorette.

JJ lucked out that Kaitlyn is the Bachelorette rather than Miss Schumer; Kaitlyn gave JJ the Group Date Rose at the end of this date. He was clearly emboldened by getting that rose -- after the bachelors decided to let the guys who didn't get a date this week talk to Kaitlyn first at the cocktail party, JJ grabbed her first for some 1-on-1 time. The guys felt that was selfish, and JJ agreed, but he wasn't sorry about it. He's not here to make friends -- he's here for love:

JJ Talks to Kaitlyn, Makes Some Enemies|The guys feel his behavior is selfish and rude -- and JJ's not sorry.|After the bachelors decide to let the guys who didn't get a date talk to Bachelorette Kaitlyn Bristowe first at the cocktail party, JJ -- who already has a rose from the group date -- grabs her first for some 1-on-1 time. The guys feel that's selfish, and he agrees, but he's not sorry about it. He's not here to make friends -- he's here for love. From Week 2 of the 2015 season of The Bachelorette.

The drama didn't end there. Kupah and Kaitlyn had a 1-on-1 talk about their relationship. Then Kupah tells the guys all about some of the more difficult parts, and Kaitlyn overhears -- and doesn't like the tone. Kupah tries to argue to stick around, but Kaitlyn is upset that they're already fighting, and sends him home:

Kaitlyn Bristowe Sends Kupah Home Before the Rose Ceremony|She's upset that they're already fighting and puts an end to it.|Kupah and Bachelorette Kaitlyn Bristowe have a 1-on-1 talk about their relationship. Then Kupah tells the guys all about some of the more difficult parts, and Kaitlyn overhears -- and doesn't like the tone. Kupah tries to argue to stick around, but Kaitlyn is upset that they're already fighting, and sends him home. From Week 2 of the 2015 season of The Bachelorette.

And then, Kupah kinda loses it:

Kupah's Outburst on The Bachelorette|To be continued...|Kupah gets extremely upset after Bachelorette Kaitlyn Bristowe sends him home, refusing to answer the producers' questions and causing a scene out in front of the Bachelor Mansion. The episode ends before they get to the Rose Ceremony. From Week 2 of the 2015 season of The Bachelorette.

So we didn't even have a Rose Ceremony this week. We'll have to wait until next week to see who's going to continue their journey to find love, or will perhaps get socked in the face or insulted by a professional comic. If you missed the very, very end of the episode, however, you missed a pretty big development: Britt Nilsson and Brady are dating! And it's insanely adorable! Here's proof:

Britt and Brady Stay Together|This. Is. Adorable.|Brady left the Bachelor Mansion during the first Rose Ceremony to chase after Britt because he felt they had a connection. Brady followed his heart and it paid off -- he and Britt have been spending time together, and here, they make it official: They're together. From Week 2 of the 2015 season of The Bachelorette.