Looking for ABC's new and returning TV series premiere dates for Spring 2021? We've got you covered right here! Continuing to deliver on its success as the season's No. 1 entertainment network among adults 18-49 and in total viewers, ABC announced premiere dates for a new trio of scripted and unscripted series set to debut this spring. This includes the Erin Brockovich-inspired drama "Rebel" starring Katey Sagal, the new comedy "Home Economics" with Topher Grace and the canine competition series "Pooch Perfect" hosted by Rebel Wilson. We also have the season premiere of "American Idol" headed your way Sunday, February 14. Finally, there's the return of "Station 19," "Grey's Anatomy" and "A Million Little Things" on March 11. Get more detailed info below along with the full lineup of premieres and returns as well as your first look at "Rebel" right here, right now!

YOUR FIRST LOOK AT THE UPCOMING NEW DRAMA REBEL

Hosted by award-winning actress Rebel Wilson, "Pooch Perfect" is a dog grooming competition series showcasing 10 of the best pet stylists in the country who, along with their assistants, compete in a series of paw-some themed challenges. The eight-episode series will kick off TUESDAY, MARCH 30. Executive produced by and starring Topher Grace, new series "Home Economics" will join the Wednesday night comedy block, premiering APRIL 7. From writers and executive producers Michael Colton & John Aboud, the series takes a look at the heartwarming yet super uncomfortable and sometimes frustrating relationship among three adult siblings. The network's highly rated Thursday night lineup welcomes new Erin Brockovich-inspired series "Rebel" from executive producer Krista Vernoff. Starring Katey Sagal, the drama is set to premiere APRIL 8, alongside "Station 19" and "Grey's Anatomy." Note: "Station 19," "Grey's Anatomy" and "A Million Little Things" will now return with all-new episodes on THURSDAY, MARCH 11. "A Million Little Things" will move to Wednesdays starting APRIL 7. Additional premiere dates will be announced at a later time. Airdates are as follows (all times listed are Eastern/Pacific):

WATCH THIS EMOTIONAL SCENE FROM THE GREY'S ANATOMY WINTER FINALE

Hosted by award-winning actress Rebel Wilson, "Pooch Perfect" is a dog grooming competition series. The eight-episode series will showcase 10 of the best dog groomers in the country, along with their assistants, competing in a series of paw-some themed challenges. Each week on "Pooch Perfect," teams will compete in the Immunity Puppertunity challenge, where one team will earn immunity from elimination. Then, in the Ultimutt Challenge showdown, the remaining teams will face off in an epic grooming transformation, which they will show off on the illustrious dogwalk. The trio of all-star celebrity judges – Lisa Vanderpump, Jorge Bendersky and Dr. Callie Harris – will be tasked with voting on the incredible creations and ultimately force one team back to the doghouse every week. It all leads up to the season finale where the top three teams compete for a giant cash prize and the coveted "Pooch Perfect" first place trophy.

Starring and executive produced by Topher Grace, "Home Economics" takes a look at the heartwarming yet super uncomfortable and sometimes frustrating relationship between three adult siblings: one in the 1%, one middle-class and one barely holding on. The comedy is inspired by the life of writer and executive producer Michael Colton. The series stars Topher Grace as Tom, Caitlin McGee as Sarah, Jimmy Tatro as Connor, Karla Souza as Marina, and Sasheer Zamata as Denise. Also starring is Shiloh Bearman as Gretchen, Jordyn Curet as Shamiah, Chloe Jo Rountree as Camila and JeCobi Swain as Kelvin. 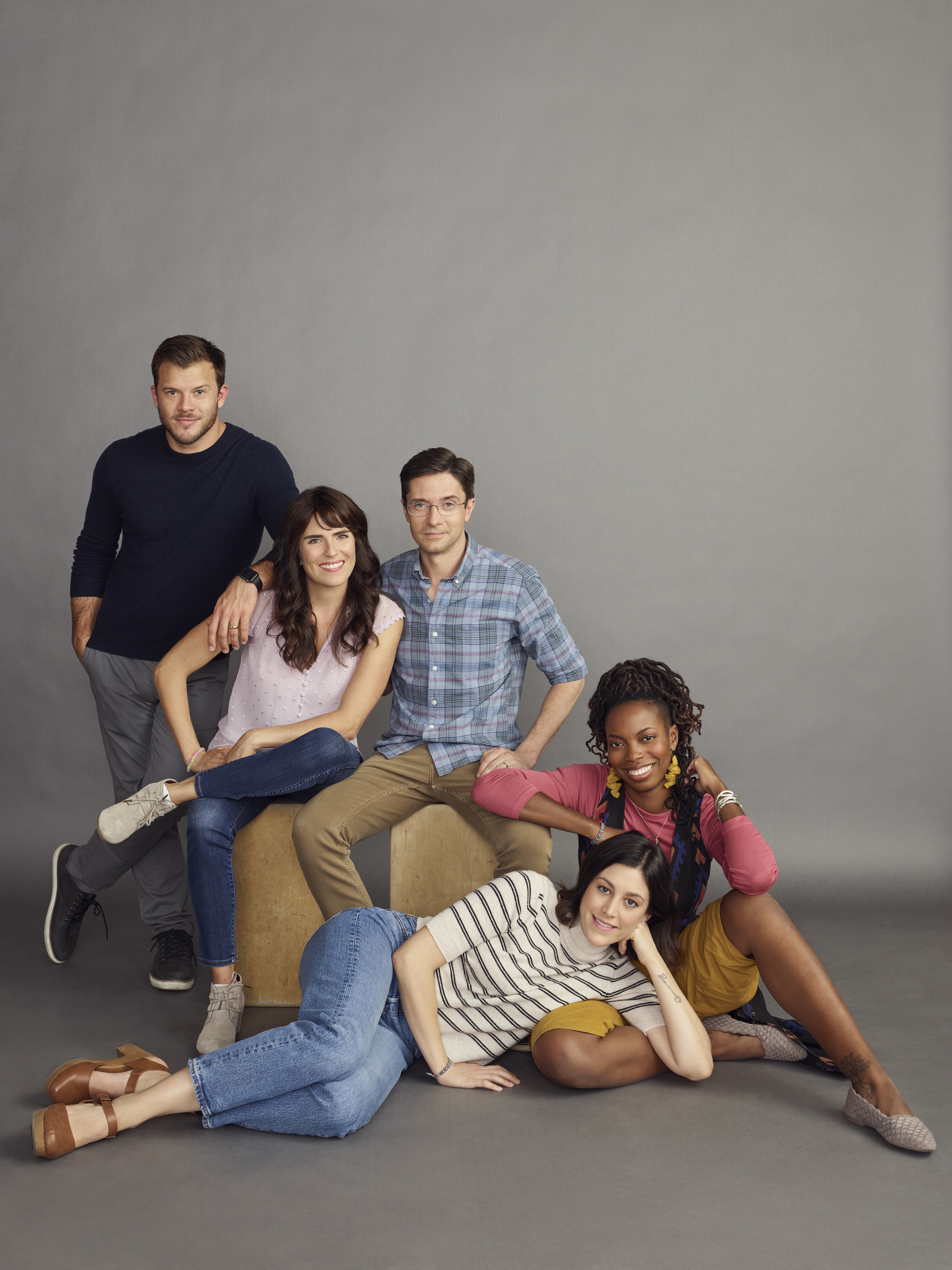 "Home Economics" was created by writers Michael Colton & John Aboud. They serve as executive producers alongside Topher Grace and Eric and Kim Tannenbaum of The Tannenbaum Company, whose Jason Wang will co-executive produce. The series is produced by Lionsgate and ABC Signature. ABC Signature, alongside 20th Television, is a part of Disney Television Studios. Follow "Home Economics" (#HomeEconomics) on Instagram, Twitter and Facebook.

Inspired by the life of Erin Brockovich today, Annie "Rebel" Bello is a blue-collar legal advocate without a law degree. She's a funny, messy, brilliant and fearless woman who cares desperately about the causes she fights for and the people she loves. When Rebel applies herself to a fight she believes in, she will win at almost any cost. The series stars Katey Sagal as Annie "Rebel" Bello, John Corbett as Grady Bello, James Lesure as Benji, Lex Scott Davis as Cassidy, Tamala Jones as Lana, Ariela Barer as Ziggie, Kevin Zegers as Nate, Sam Palladio as Luke and Andy Garcia as Cruz.

Krista Vernoff ("Grey's Anatomy," "Station 19") is creator and showrunner of "Rebel."  The series is executive produced by Vernoff and Alexandre Schmitt of Trip the Light, Erin Brockovich, John Davis and John Fox of Davis Entertainment, Andrew Stearn, Marc Webb and Adam Arkin. The series is produced by ABC Signature in association with Sony Pictures Television. ABC Signature, alongside 20th Television, is a part of Disney Television Studios. Follow "Rebel" (#Rebel) on Instagram, Twitter and Facebook.