Masterful, heart-wrenching, and tissues very much required: These are all things that describe the emotional season 1 finale of A Million Little Things. We learned the truth about Barbara Morgan and her relationship to Jon, got the results of Maggie's pathology reports, and saw a glimpse of the next chapter for Katherine and Eddie. And of course, we're going to break down the pivotal scene that revealed Barbara Morgan's connection to Jon. You can watch A Million Little Things season 1, episode 17 right here on ABC.com or in the ABC app, or read on for highlights and spoilers! 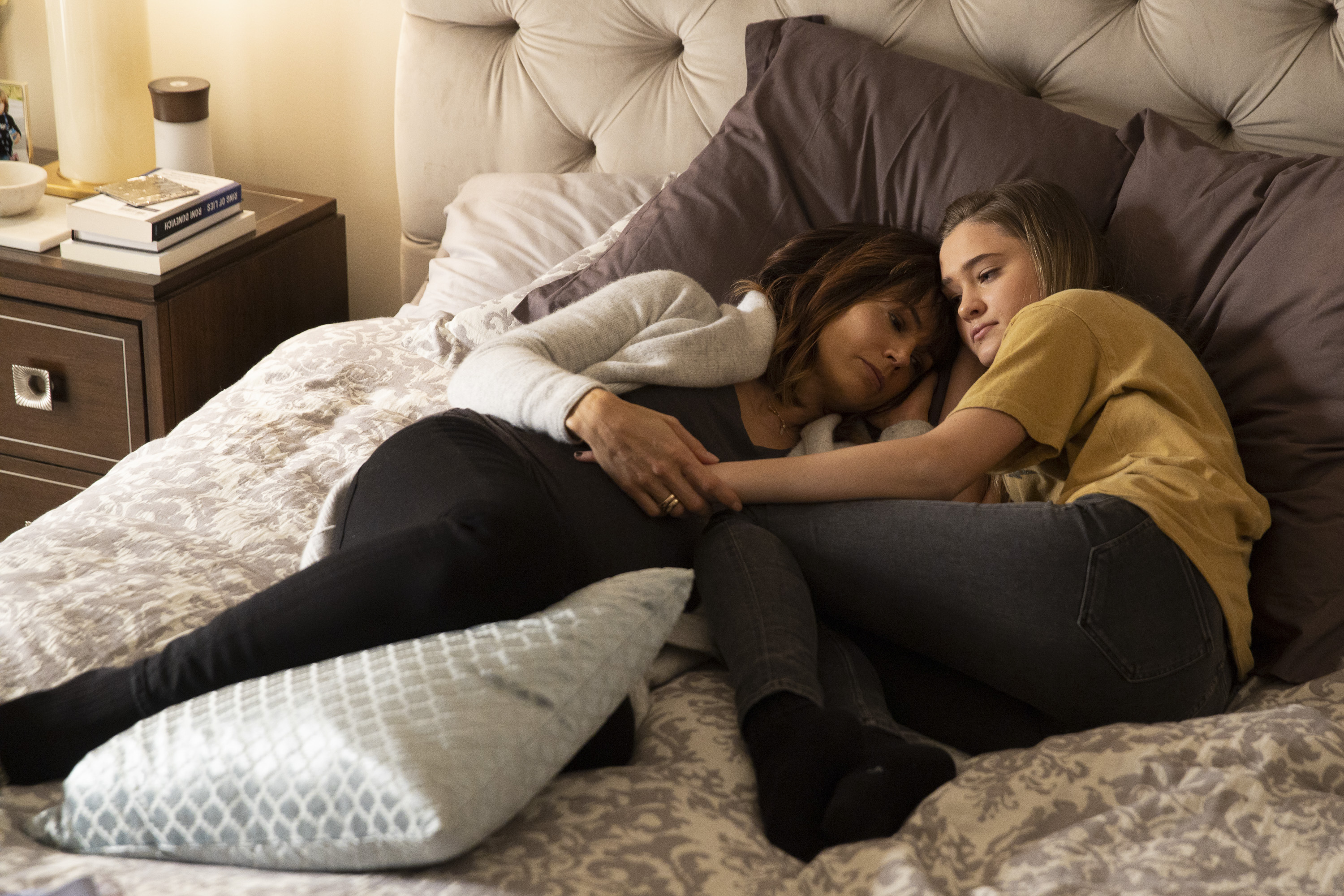 The episode begins in a relatively innocuous manner, with Rome on the phone with PJ, the young man who read his script is in the hospital. They bonded over their experience with depression, and PJ tells Rome that he called the therapist Rome recommended: Maggie. But even this small, sweet moment could have larger implications—more on that later.

At the end of episode 16, "the rosary," Jon's daughter Sophie found that Emma, who's been kinda snooping around the Dixon home, is in Jon's college photo album, which is unlikely to be a coincidence. She tells Gary about it, and Gary pinpoints her as Mrs. Nelson, the woman who lived at Barbara Morgan's address. It can't be a coincidence—this has to be Barbara Morgan. Delilah feels like every time she goes searching for answers, she only finds more questions, and right now, she has to focus on getting ready for her baby.

Eddie and Katherine are divorced now, so they're going to tell Theo tonight. But here's the thing: The last time they were together, when they signed the papers, they instead shared the first honest conversation they've had in a long time. And they almost kissed. Katherine tells Eddie that's the best they've had it in a while—maybe they can figure this out? But they just got divorced, right? Here's the other thing: Katherine never filed the papers. She felt a glimmer of hope and didn't want to close the door. Eddie feels the same way, and now they're kissing for real, with plans to start over.

Maggie has her own fresh start brewing: Her surgery was successful and her cancer is officially in remission. She and Gary are going to be able to have a real relationship with a real future.

Curiosity gets the better of Delilah, and she goes to Mrs. Nelson's place. Nelson is tired of hiding now, and invites Delilah in to tell her the whole story. Watch for yourself:

Morgan's husband warns that their son—who never met (or likely even knew about) his biological father—will be home soon and ushers Delilah out of their home. But Delilah has what she came for. Jon never got over the guilt: The guilt of Dave's death, and the guilt of how he reacted with Barbara in its aftermath. Even when he met Delilah, the love of his life, he couldn't bear to tell her about this. He pushed the pain away for as long as he could, until it became too much to bear.

Just as it was for Jon, suicide is not just about mental illness or depression, and is not the result of any single cause: A range of factors, beyond mental health conditions alone, can contribute to thoughts of suicide, including relationships, substance misuse, physical health, jobs, and financial and legal problems. Gary felt like when he solved the mystery of Barbara Morgan, he would fully understand why Jon died by suicide. Gary got his answers—but he didn't find his solace. While Gary and the rest of Jon's friends and family do now have a greater understanding of some of the factors in Jon's decision, just like most of these tragic stories in real life, to those affected by the loss of a friend or loved one to suicide, the answers are not simple and rarely satisfying.

You don't have to be a professional to reach out to someone struggling. Offering concrete gestures of support—for example, sending a text message, meeting for coffee, bringing over a meal—can make a huge difference in someone's life. For more information and resources, contact the Suicide Prevention Lifeline or visit the National Action Alliance for Suicide Prevention.

The finale also gave us a decent look at where A Million Little Things Season 2 will be headed, or at least where it will begin. Maggie decides that Gary needs to get some closure with Jon, and drives him to Jon's grave. Here are Gary's touching words:

Gary gets some closure with Jon

Elsewhere, Regina and Rome have been shopping for a car during this episode, waffling between practical and sporty. They've decided to bet on themselves and go for a sporty model. Regina has even managed to negotiate some upgrades, but just before they pull the trigger, Rome changes his mind and says maybe they should consider something practical. His reason? He wants kids. The complication? Regina definitely doesn't. That conversation—and tension—is unlikely to end here.

Remember PJ, the young guy Rome was chatting with? Well, we find someone watching Jon's message to Barbara on Barbara's computer, and then it's revealed to be PJ. We hear Barbara call him for dinner. PJ now likely knows that his father isn't his biological father. How will he react? Would he be able to trace Jon back to Delilah's home? What will that mean for the group?

Delilah, back at home, is going through some of Jon's things when suddenly, she clutches her belly. Yep, her contractions have begun. The gang rallies to whisk her off to the hospital, and it looks like we'll meet the newest member of their family in Season 2.

Finally, Katherine is cooking dinner when she gets a call from Eddie to meet her outside. She does:

What is Eddie about to reveal?

If Eddie has resolved to tell Katherine that Delilah's baby is his, it's certain to send shockwaves through the group, opening old wounds and creating a new rift in the family that he and Katherine are trying to heal. We're definitely dying to see how that shakes out.

And there you have it: Season 1 of A Million Little Things is now complete. We'll see you back here for Season 2!