Who Won Dancing with the Stars Fall 2018? 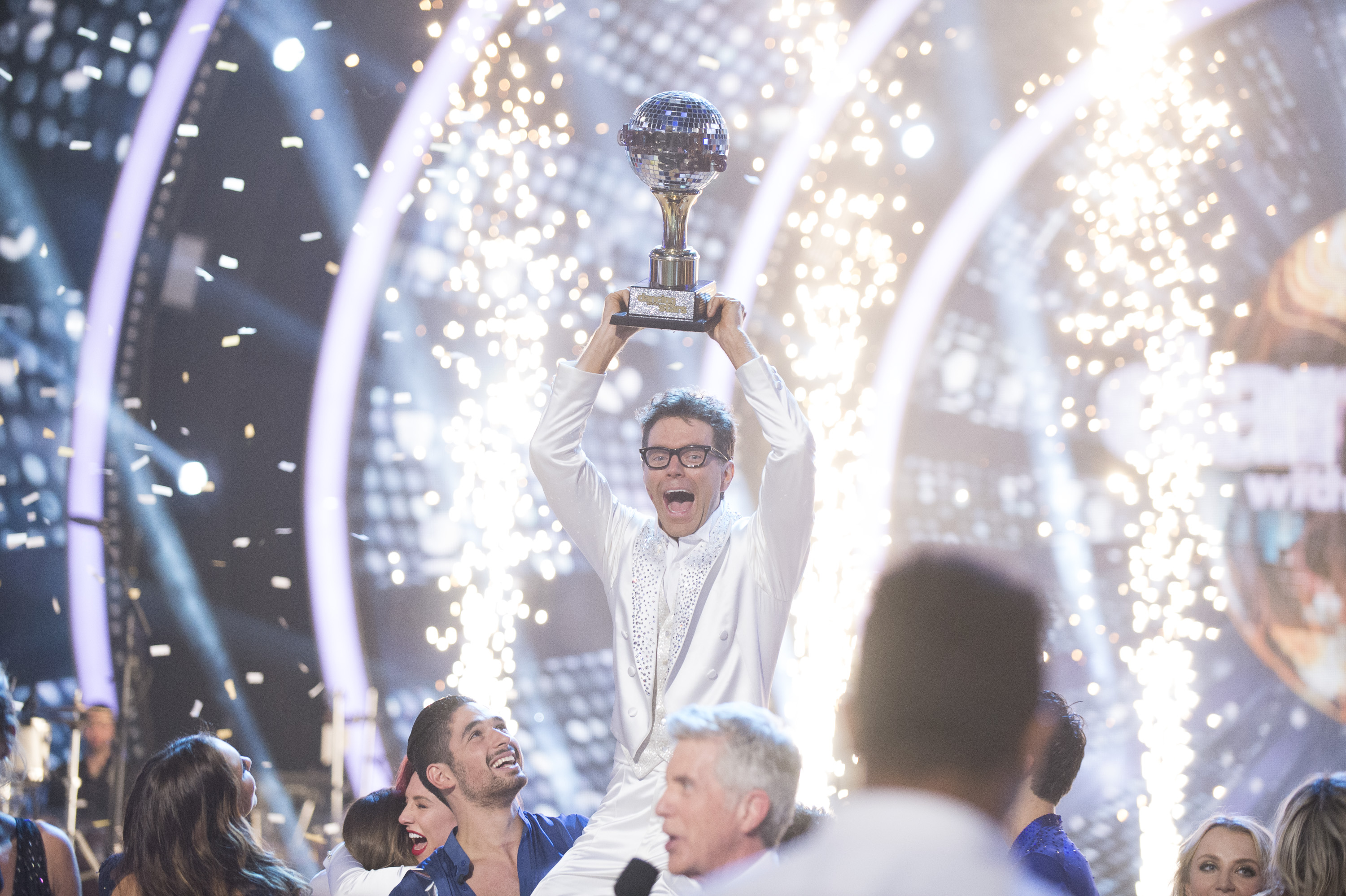 The Season 27 winner Bobby Bones and his pro partner Sharna Burgess have just been awarded the Mirrorball Trophy for the Fall 2018 season of Dancing with the Stars! The always-exciting duo were fan favorites throughout the season, adding a lot of humor and fun to their routines, and during the Dancing with the Stars finale they edged out their fellow competitors, Alexis Ren and Alan Bersten, Evanna Lynch and Keo Motsepe, and Milo Manheim and Witney Carson. Read our DWTS Finale 2018 Recap for full details on the Season 27 Dancing with the Stars finale, and read on below to celebrate Bobby and Sharna's journey to the Mirrorball Trophy!

Watch Bobby & Sharna announced as the winners of DWTS

First off, let's start at the beginning, and let Bobby Bones introduce himself in his own words:

Bobby came in with very high energy in Week 1, ending his first dance, a Jive, with a whole lot of enthusiasm that was definitely not part of the routine:

While perhaps not the most technically skilled dancer, Bobby was always having fun out there, and the judges always remarked on how entertaining Bobby was. The crowds and viewers agreed, and Bobby's ability to play to the crowd was unparalleled—such as the time he ended his Foxtrot with a bit of "flossing":

His final dance of the season was a larger-than-life Freestyle that cheekily acknowledged that his showmanship outpaced his finesse, and the judges loved it so much they awarded him a perfect 30 out of 30, saying the dance perfectly summarized what was so enjoyable about Bobby and Sharna's routines.

In the end, his infectious charm and improved dance moves were enough to win him the trophy. Congrats on the championship, Bobby Bones!