"Dancing with the Stars" Winners Announced

Rumer Willis and Valentin Chmerkovskiy have been crowned the winners of Dancing with the Stars season 20! The announcement came at the end of the Dancing with the Stars Finale, with Rumer and Val beating out war veteran Noah Galloway & Sharna Burgess and musician/actor Riker Lynch & Allison Holker for the coveted Gold Mirrorball Trophy. The ballroom erupted in cheers and applause as the announcement was made, with stars and pros rushing to lift DWTS Winner Rumer Willis and Val up on their shoulders. It was the culmination of an emotional season featuring some fantastic performances from several of the competitors. Here are the final scores from the DWTS season 20 finale: 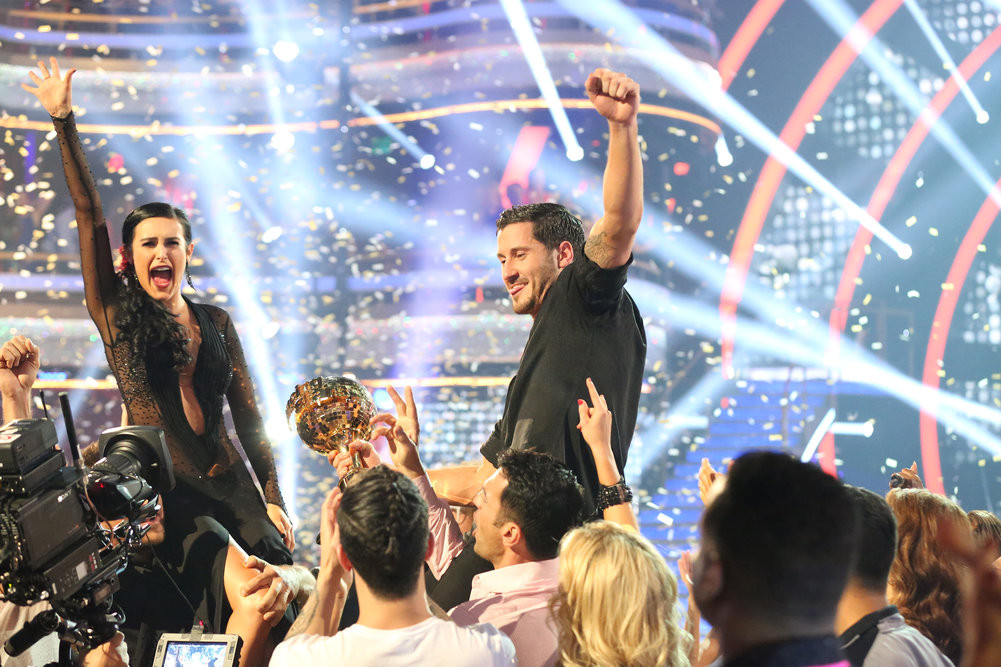 DWTS Winner Rumer Willis and partner Valentin Chmerkovskiy celebrating on the season finale of Dancing with the Stars!

Rumer and Val established themselves early in the competition, closing out the Week 1: Season Premiere with a sizzling Foxtrot that impressed the judges and earned them a high score of 32. Even then, judge Len Goodman suspected that Rumer was just the partner Val needed to finally win that Mirrorball Trophy.

In the early weeks, Rumer and Val stayed in the hunt with performances that kept them near the top of the leaderboard. In Week 3: Latin Night, they performed a fan-favorite Disco Salsa routine and in Week 4: Most Memorable Year, Rumer opened up about what it was like growing up in the spotlight, thanks to being the daughter of famous actors Bruce Willis and Demi Moore. And in Week 5: Disney Night, Rumer was the only celebrity contestant to embrace the villainous side with a Samba as Ursula the Sea Witch from Disney's The Little Mermaid!

Weeks six and seven were rough for Rumer and Val as they struggled to break out of the pack and establish their own identity on the dance floor, but in Week 8: America's Choice Night, they found their groove. Putting aside big productions and background dancers, Rumer and Val focused on one thing: incredible dancing. Their performances became streamlined routines of pure motion and chemistry and the judges took note. With their sizzling Rumba and sumptuous Trio Paso Doble featuring pro Artem Chigvintsev, they scored two perfect scores in one night and let everyone know they were in it to win it.

Finally, Rumer and Val came full circle, performing their Foxtrot from week one again, this time in the Dancing with the Stars Finals and earning a perfect score. They followed that with a perfect Freestyle and even a perfect 24 hour fusion dance on the Season Finale Results Show. They left the dance floor as they'd started: on top.

Missed an episode? Want to see one again? You can catch up on weekly highlights or watch full episodes of Dancing with the Stars with WATCH ABC.