One of the world's best-selling pop music icons, Christina Aguilera, will perform for a live audience of more than one million people just minutes before the ball drops on Dick Clark's New Year's Rockin' Eve with Ryan Seacrest 2019. Aguilera last performed on the show in 2007, and this year she will be joined by Bastille, Dan + Shay and New Kids On The Block in the hours leading up to the 2019 countdown. This marks multiplatinum artists Dan + Shay's first appearance on the show, and Bastille's second, while pop super group New Kids On The Block will take the New Year's Rockin' Eve stage for the second time—having last performed in 2011 with Backstreet Boys. America's biggest celebration of the year will take place on MONDAY, DEC. 31, beginning at 8:00 p.m. EST on the ABC Television Network. Additional performers will be announced soon. 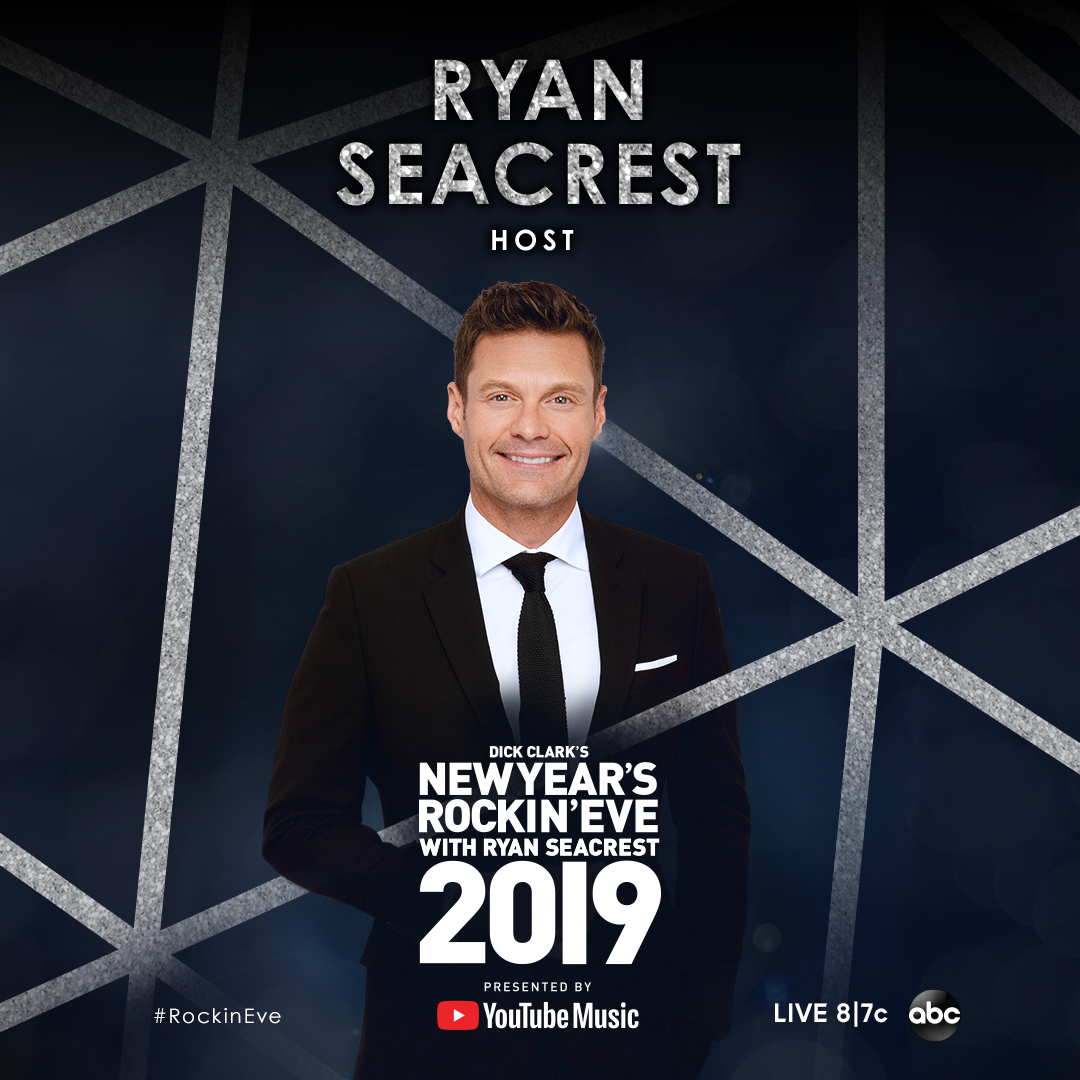 Ranked as the No. 1 music special of last year, Dick Clark's New Year's Rockin' Eve with Ryan Seacrest 2019 marks the 47th anniversary of America's biggest celebration of the year and will include 5 ½ hours of special performances and reports on New Year's celebrations from around the globe. Ryan Seacrest will host the prime-time festivities and lead the traditional countdown to midnight from Times Square in New York City, as he has for the last 13 years, with live onsite reporting from actress and comedian Jenny McCarthy Wahlberg. Multiplatinum music superstar Ciara will ring in the New Year from the West Coast as the host of the Hollywood Party, joined by performances from Lauren Alaina, Kelsea Ballerini, Bazzi, Kane Brown, Camila Cabello, The Chainsmokers, Ciara, Foster the People, Halsey, Dua Lipa, Ella Mai, Shawn Mendes, Charlie Puth and Weezer, as well as collaborations from Kane Brown featuring Lauren Alaina, Macklemore with Skylar Grey presented by Planet Fitness, and The Chainsmokers featuring Kelsea Ballerini.

Airing just after midnight, Post Malone will perform from a stop on his current tour in Brooklyn, New York, marking the first television performance of the New Year. Award-winning actress Lucy Hale will return to host the 3rd annual Central Time Zone celebration from New Orleans, providing viewers with exclusive performances and celebrity and fan interviews leading up to the midnight countdown and stunning fleur-de-lis drop near Jackson Square at the dawn of the New Year.