ABC’s “The View” is ramping up for a season unlike any other with more opinions and new points of view when the talk show returns on TUESDAY, SEPTEMBER 8 for Season 19. Joy Behar, celebrated performer and original co-host of “The View,” actress Candace Cameron Bure, known to television audiences for decades on the enormously successful “Full House,” and Paula Faris, “Good Morning America Weekend” co-anchor, join moderator Whoopi Goldberg, Raven-Symoné and Michelle Collins as co-hosts.

“As ‘The View’ embarks on a remarkable 19th season, I am extremely proud to see the legacy of smart and diverse women engaging in entertaining and thought-provoking conversation continue,” said Barbara Walters, creator and executive producer. 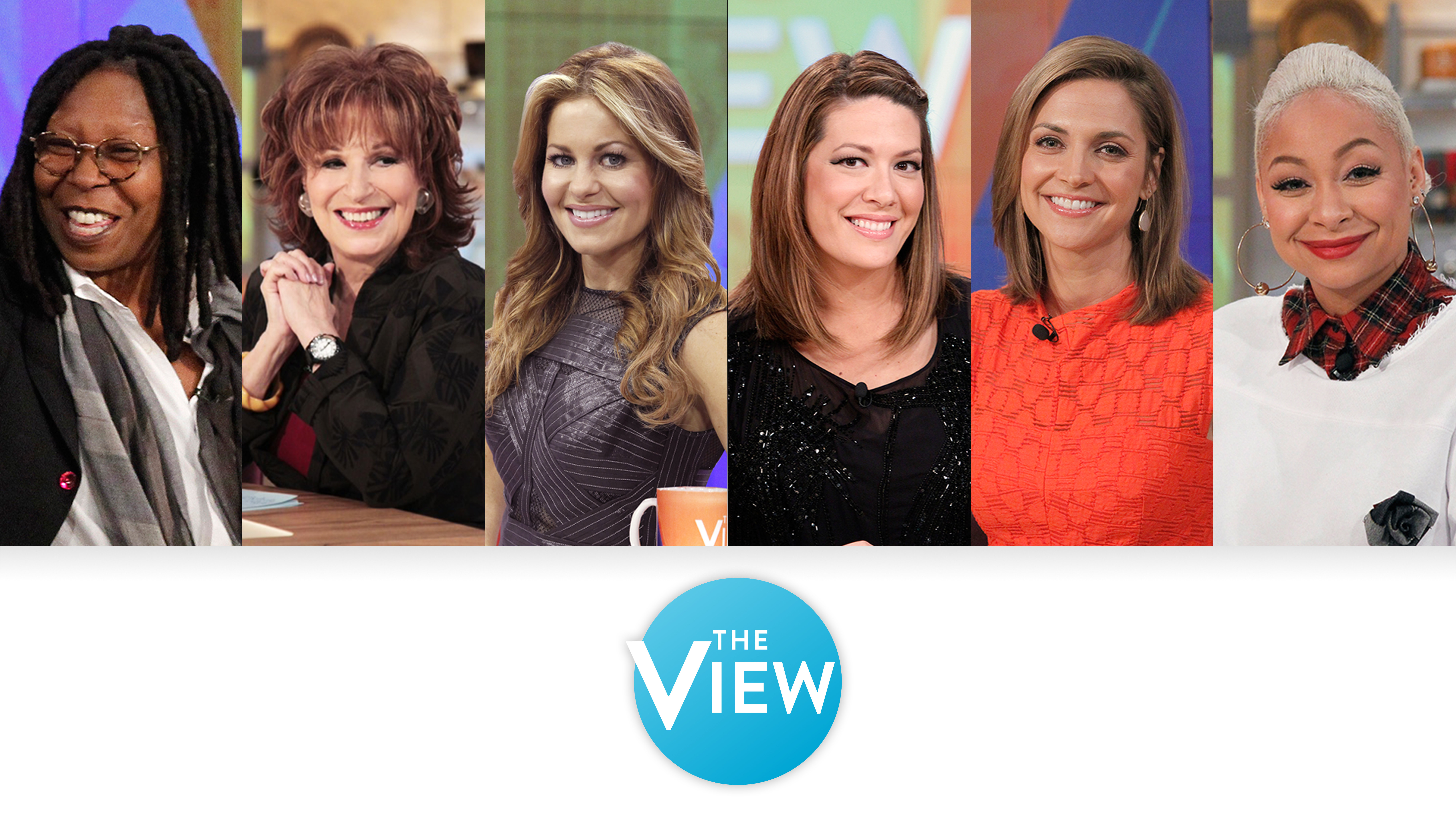 Daytime Emmy® Award-winner Behar returns to co-host “The View.” She is one of the most-beloved personalities in the talk show’s history having co-hosted for seasons 1-16. While equally at ease performing standup comedy or interviewing politicians and celebrities, Behar brings honesty, humor, irreverence, with an authentic and intelligent point of view on every topic.

“Just when I thought I was out, they pulled me back in,” said Behar. “Plus, Steve was getting tired of applauding every time I gave my opinion. But I’m happy to be back home. And I'm looking forward to sticking my two cents into the hot topics, especially now that Hillary and the Donald are in the spotlight.”

Cameron Bure is an actress, producer, New York Times’ bestselling author and inspirational speaker. She is a devoted wife and mother of three, who is outspoken and passionate about her faith and her family.

“I am thrilled to be joining ‘The View’ as a regular co-host this fall,” said Cameron Bure. “I am honored to be a new addition to such a strong group of bright and opinionated women, and I look forward to sharing this exciting journey with viewers new and old.”

Faris, mother of three children ages seven, six and one, was named co-anchor for the weekend edition of “Good Morning America” in 2014 and has been an ABC News correspondent since 2012.

“I’m humbled and excited to have not one, but two dream jobs -- ‘Good Morning America’ and ‘The View’,” said Faris. “What I love about the ‘The View’ is that no topic is off the table and every viewer can feel like they have a voice on the show. I can’t wait to connect with the audience in a new way as I take a seat alongside this exceptional group of women.”

This fall “The View” will air live five days a week, delivering a smart and fresh take on topics important to viewers. Plus, “The View” welcomes a new team of contributors on politics, style, food, culture, beauty and wellness and the return of fan favorite Sherri Shepherd. Padma Lakshmi, Stacy London, Ana Navarro and Molly Sims lead a versatile line-up who will make regular appearances on the show.

“Starting in September we begin another exciting chapter of ‘The View’ as we welcome an enormously accomplished group of new voices to the table, all led by our moderator Whoopi Gold-berg,” said Bill Wolff, executive producer. “We’re looking forward to even more pop culture, more pol-itics, more humor and more of the hot topics our audience loves.”

Season 19 will deliver more Hot Topics to give viewers a smart, humorous, provocative and informative take on big stories and the newsmakers, celebrities and real people everyone is talking about.

As previously announced, Sarah de la O has been tapped to direct “The View,” marking the first time in the show’s history that a female director has taken the helm behind-the-scenes. Brian Teta has been appointed co-executive producer.

Whoopi Goldberg (Moderator) -- Goldberg has moderated “The View” since joining the show in 2007. She is one of a very elite group of artists and entertainers who have won the Grammy, the Academy Award, the Golden Globe, the Emmy and a Tony. She is equally well-known around the world for her many humanitarian efforts. Born and raised in New York City, she performed in San Diego and the Bay Area with the Blake Street Hawkeyes theatre troupe. It was there that she created the characters which became “The Spook Show” and evolved into her hit Broadway show, Grammy Award-winning album and the HBO special that helped launch her career.

Joy Behar – Behar is among today’s leading comic talents performing on the stage, film and television. Along with the 2009 Daytime Emmy® Award for Outstanding Talk Show Host, she is also the recipient of three MAC awards, a CableAce award, and a 2000 GLAAD award for her outstanding friendship to the Gay community. Behar has hosted her own shows including a call in radio show on WABC, “The Joy Behar Show” on HLN and “Say Anything” on Current TV. Last year, she wrote and performed in her own solo show, “Me, My Mouth and I” at the Cherry Lane Theatre. Behar has written four books including two children’s books.

Candace Cameron Bure -- Known to millions worldwide from her role as “D.J. Tanner” on the iconic family sitcom “Full House,” Cameron Bure continues to flourish in the entertainment industry as a role model to women of all ages. She is currently filming her leading role in the highly anticipated new series “Fuller House,” where she is reprising her role as ‘D.J.’ She is the author of two best-selling books, “Reshaping It All: Motivation for Physical and Spiritual Fitness” and “Balancing It All.” Book number three is in the works, “Dancing Through Life: Steps of Courage and Conviction,” a reflection on the life lessons she learned while dancing her way to the finals on season 18 of “Dancing with the Stars.”

Michelle Collins – After making frequent appearances in season 18, comedian/writer Collins was named a co-host for Season 19 on July 13, 2015. Collins has been featured on “Walk of Shame Shuttle” and served as a host on the syndicated talk show “The Gossip Queens,” and a daily correspondent on “Big Morning Buzz Live.” She was Managing Editor of VH1’s pop culture website, “Best Week Ever,” earning her two Webby Awards, and she appeared on the hugely popular pop culture show of the same title. Collins is a regular pop culture contributor to Vanity Fair and Elle Magazine.

Paula Faris – The Emmy Award-winning journalist has covered a wide range of subjects for ABC News from the New England Patriots “deflate-gate” scandal and the men’s and women’s World Cup to the Philadelphia Amtrak crash. In 2015, she covered the red carpet and hosted “The Oscars Backstage” at the 87th Annual Academy Awards. In her regular reports for ABC’s “Real Money” series, she has helped American families save thousands of dollars. The Michigan native has interviewed everyone from Reese Witherspoon and John Legend to Stephen Curry and Tiger Woods. Most recently, Faris in-terviewed the parents of Kevin Ward, Jr., the sprint car driver killed by NASCAR star Tony Stewart. She started her television broadcasting career as a reporter at WKEF/ WRGT-TV in Dayton, Ohio.

Raven-Symoné – The actress/producer was named a co-host on June 10, 2015. The popular actress’ recent credits include roles on ABC’s hit comedy “black-ish,” as well as featured roles on “Empire” and the upcoming animated feature film, “Animal Crackers.” She’s widely known for her role as “Olivia” the Emmy® Award-winning and critically-acclaimed series “The Cosby Show,” for which she received a Young Artist Award. She starred in the title role on the Emmy-nominated comedy series “That's So Raven” for Disney Channel, which garnered her three NAACP Image Awards, two Nickelodeon Kids Choice Awards and a Young Artist Award. She was named producer for the series’ fourth season, which aired in 2007.

Stacy London – One of America’s foremost style experts, London is best known as the co-host of “What Not To Wear.” She is the current host of “Love Lust or Run” and a New York Times best-selling author.

Sherri Shepherd – Shepherd is one of the most popular and entertaining co-hosts in the history of the talk show appearing on the panel seasons 11-17. The Daytime Emmy Award-winner recently made her Broadway debut in Rodgers + Hammerstein’s “Cinderella.” She is a weekly host of “The Tom Joyner Morning Show” and executive producer and host of the cooking series “Holy and Hungry.”

Molly Sims – Noted for her savvy sense of style, Sims is the creator of beauty, wellness and fashion site MollySims.com and author of New York Times best-seller The Everyday Supermodel: My Beauty, Fash-ion, and Wellness Secrets Made Simple.

For complete bios on “The View” co-hosts and contributors, please visit:
https://abc.com/shows/the-view/cast