Sadly on April 21st, 2016 music icon Prince died at the age of 57. His publicist confirmed he passed away in Chanhassen, Minnesota at his Paisley Park Estate. Many are fans of Prince's music which included hit songs "Purple Rain" and "When Doves Cry."  The View co-hosts reacted to the death of Prince during Hot Topics on the April 22nd, 2016 episode. They speak with his friends and collaborators Sheila E. and CeeLo Green who share memories of Prince.

‘The View’ Co-hosts React to Prince’s Death: Speak with His Friends Sheila E. and CeeLo Green

During Hot Topics they also talked about Prince’s legacy and why he will always be remembered. Sheila E. says all the great music Prince created was for his fans.

The View co-hosts were also fans of the artist. On December 9th, 2010 Barbara Walters and co-hosts Whoopi Goldberg, Joy Behar and contributor Sherri Shepherd received a surprise visit from the music legend.

Prince's Surprise Visit on The View

Prince's Surprise Visit on "The View"|Prince's surprise visit on The View.|Prince surprises "The View" co-hosts in this clip from the December 9th, 2010 episode. Watch "The View" WEEKDAYS at 11e|10c|p

Prince made his final appearance on The View on September 17, 2012. Watch a portion of his interview below in which he talks about the artists, such as Bruce Springsteen, that inspired him. 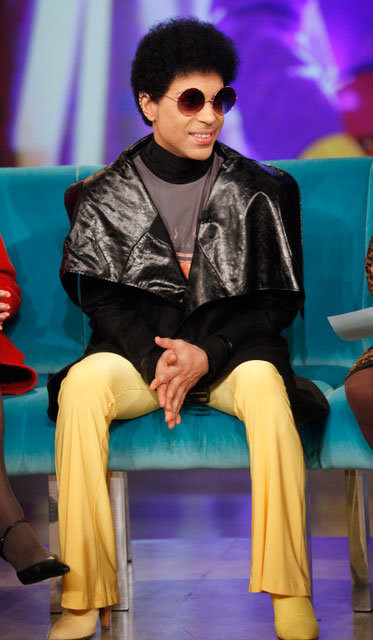