After last week's wild two-night event of The Bachelor 2020, we're ready for a quiet, drama-free episode, one where everyone just gets along, no one cries, and hahahahaha oh man we just can't. With Hometown Dates looming over Bachelor Peter Weber and his six remaining bachelorettes, the stakes are high, the pressure is on, and everyone—Peter included—is feeling it. Two ladies are headed home, Peter is told he's "always in a mood," and nobody gets to ride an alpaca through the mountains of Peru, so it's a rough go for everyone this week. As always, there are copious Bachelor spoilers below, but you can watch the full episode of The Bachelor season 24, episode 7 right here on ABC.com or in the ABC app—or read on if you just can't wait to find out who went home, and who's prepping their parents to meet Peter.

Peter's Falling in Love...But with Whom?

Madison. It's Madison. He says so right here:

WATCH: Peter says he's falling in love with Madison, like we just told you above

Madison had the first 1-on-1 of the season way back in Week 2, when she watched Peter's parents renew their vows, and it seems that their flame hasn't dimmed since that date. Peter says he could see her as his best friend and wife. She gets a rose and Peter will be heading to Auburn, Alabama, to meet her family.

Natasha and Peter spend a day wandering the streets of Lima, taking in the sights, dancing with the natives, and eating arroz con leche (which is Spanish for "I can't eat this fast enough"). Natasha is nervous but excited for her first 1-on-1, but hopes it's not coming so late that her relationship with Peter has fallen too far behind the other ladies. Peter says there's never a dull moment with Natasha and that he's seen more sides of her than any of the other women, from her silly side to her bold side. However, Natasha says that she's had previous boyfriends break up with her because she's too intense, so it's a double-edged sword.

So when it's time to give out the rose on their date, what will Peter choose?

WATCH: Will Peter give Natasha a rose and a hometown date?

Kelsey and Peter Get Dirty and Winded

If that header has your curiosity piqued, well, sorry: Unfortunately it's a lot more literal than you probably imagined, as Peter and Kelsey ride ATVs through the muddy mountains and then try to run up a hill, which they kinda do, for a short time, before they collapse on the mountainside out of breath. The view was probably worth it though: 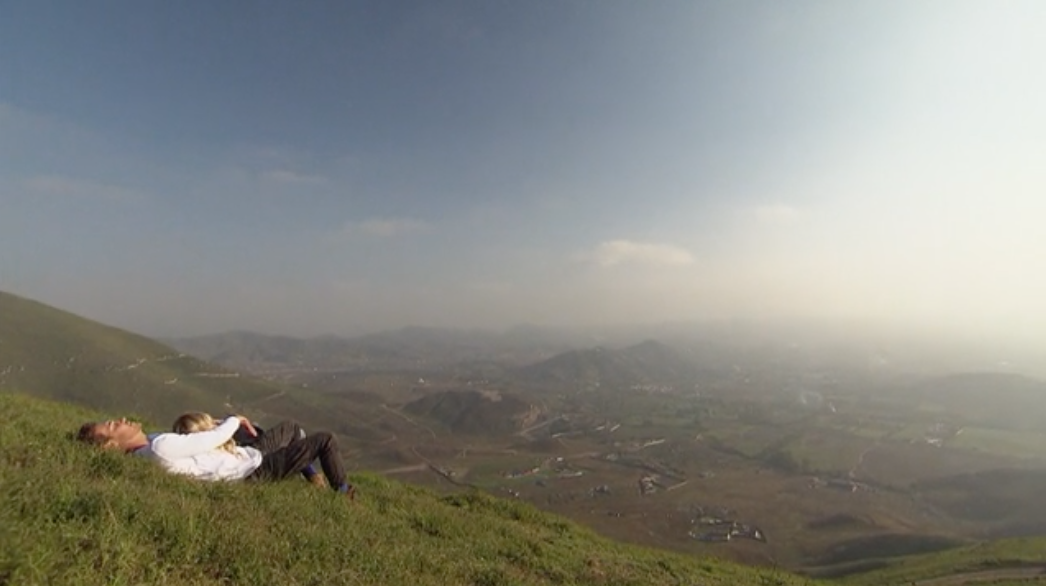 Peter and Kelsey take a breather in Peru

Kelsey says Hometowns will be a little tricky for her due to a rocky relationship with her estranged father—and her mother doesn't currently know that Kelsey has been in contact with him. (She probably does now since it's been on national TV.) Peter doesn't mind the complications, and Kelsey gets a rose and a Hometown Date.

The 3-on-1 Date with Only Two Roses

The 1-on-1s left two roses on the table for Hannah Ann, Kelley, and Victoria F., so one of them would be headed home. Hannah Ann gets her alone time with Peter first, and tells him that she's struggled to be vulnerable but feels that she's getting there. She says she's falling in love with him, and reads him a list of all the reasons why. He thinks it's sweet but still seems to have reservations about her being ready for all of this.

Kelley emphasizes how easy and fun her relationship with Peter is, and he agrees, though he also says it bothers her that she keeps saying she's having fun—he says this is serious business for him and expects the same gravity from her.

Victoria F. starts to get nervous before she's even spoken to Peter, saying she's not much fun to be around sometimes, so when it's time to chat with Peter, it goes south quickly:

WATCH: Victoria F. says Peter is "always in a mood"

She says she's "mortified" when replying that conversation in her head, especially with Hometowns in the balance.

With all the chats in the book, Peter says he's ready. He boldly claims that he doesn't even need dinner. He shall simply feast on the tears of the departed, and they shall nourish him. (Ed. note: He did not say anything of the sort.) But Peter is indeed ready to make his decision.

Kelley thinks Victoria F. is "crazy" and she also thinks Peter is going to "be a big boy" and send her home. Peter walks Victoria away from the group, and takes her over to a black SUV, which is more or less the Fifth Horseman in Bachelor lore—but even after another tense convo, he whips out a rose: Victoria is getting a Hometown.

With one rose left, Peter makes his decision:

What's coming up next week? Nothing much, just the most dramatic Hometown Dates you've ever seen, with more tears and drama than ever:

The BachelorNews & BlogsSpoilers and RecapsThe Bachelor 2020 Episode 7 Recap: Peter's Falling In Love, The 3-on-1 Ends in Tears